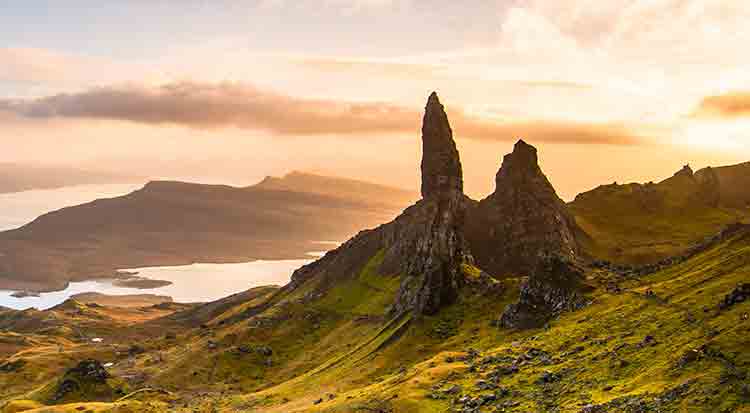 Highlands and Islands Enterprise (HIE) has outlined plans for a phased exit from its ownership of Orbost Estate on Skye.

The regional development agency bought the 2,337-hectare estate in 1997 to stimulate the local economy and encourage resettlement by providing access to land and affordable housing.

It now comprises a 1,690-hectare farm, six smallholdings, two workshops and 612 hectares of forestry. All of these are under active management.

Four houses have been built on estate land bought from HIE; two by smallholding tenants and two by the Skye and Lochalsh Housing Association. The association rents out its two properties, as well as two HIE-owned homes, as affordable housing. It also owns plots for a further two houses yet to be built.

The two workshops are leased to commercial enterprises.

Twelve people in five families now derive at least part of their income from commercial activity on the estate.

On buying Orbost 22 years ago, HIE always intended to transfer ownership, either to a community group or other interests that would protect tenants and provide long-term community and economic benefits.

HIE’s exit plans include offering the farm and farmhouse for sale to the tenant and converting the smallholdings into six new crofts, which would also be offered for sale to the current tenants. The HIE-owned housing would likewise be offered for sale, either to occupants or to the housing association. The agency is currently exploring potential community interest in the forestry area before considering an open market sale.

“We’ve kept our ownership of Orbost estate under regular review. There has been considerable progress in deriving benefits from the estate, particularly access to land for farming and crofting and workshop space for commercial enterprises. New affordable housing has been provided with potential for more.

“With the estate now in a much stronger position, we feel this is the time for HIE to begin a phased exit.

“This will be done in a way that protects tenants and the progress made so far and enables continuation of community and economic benefits long into the future.

“We have briefed tenants of the estate about the plans. We have also consulted partner agencies about the forestry proposals and written to community groups who may be interested in taking this on.

“It is important that Orbost continues to contribute to the local economy and the resilience of the community.”