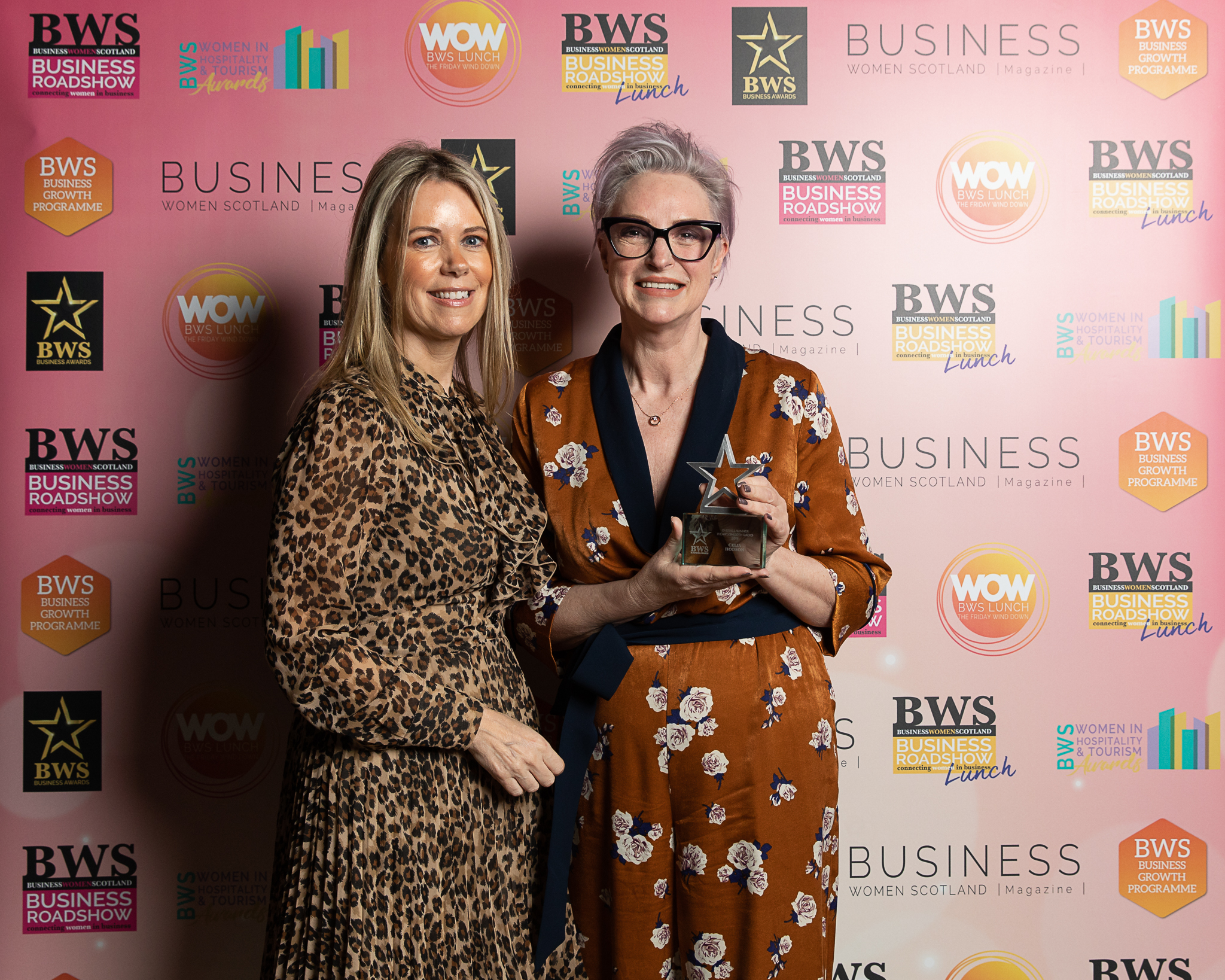 Tracey McNellan of Global and Celia Hodson of Hey Girls

CELIA Hodson, of Hey Girls social enterprise, has been named the overall winner as well as Inspirational Woman of the Year at the 2019 Business Women Scotland Awards.

The entrepreneur, who set up the innovative project that tackles period poverty by giving a girl one pack of products for every pack a consumer buys, was hailed by the judges for her innovation and inclusiveness.

At the awards ceremony in Glasgow yesterday, Celia said: “Awards like this make it all worthwhile, especially on the tough days. You look at it and realise you’re doing something good.

“I’m totally thrilled to receive the award and delighted to be in a room filled with so many brilliantly capable women.”

Along with the award, Celia also wins a two-week airtime radio advertising campaign to be taken on award sponsor Global’s Heart FM or Smooth FM to the value of £4000, along with commercial production of a 30-second commercial.

Entrepreneurs from the fields of technology, finance and marketing were winners at the fifth annual awards, which put the achievements of women-led businesses firmly in the spotlight.

By celebrating the talent of women across the country, business role models are created to inspire the next generation.

“I’ve always believed in the strength you get when you bring like-minded people together. With a group of women you tend to not get egos but instead a willingness to network and share. At events like this people can come together and share their experiences,” said tennis coach Judy.

This year’s judges were impressed at the high standard of entries, according to Lynne Kennedy, founder of Business Women Scotland.

“The stories we have heard from entrepreneurial women who have made their mark have been truly inspirational,” said Lynne. “To learn how those lightbulb moments prospered and grew into successful businesses in a wide range of industries has been unbelievably impressive. We are delighted to recognise the achievements of women in business across Scotland.”