Her Majesty The Queen laid to rest 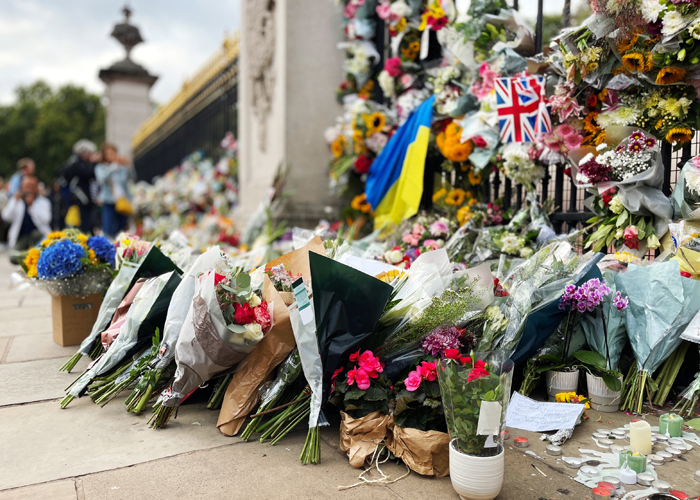 THE State Funeral to celebrate the life of Her Majesty The Queen will conclude 10 days of national mourning for Scotland’s longest serving monarch.

Following a period of Lying-in-State in Westminster Hall, The Queen’s coffin will be transferred to Westminster Abbey on the State Gun Carriage of the Royal Navy. The Procession will be led by representatives of the armed forces, including the massed pipes and drums of Scottish and Irish regiments.

Public figures from Scotland, including First Minister Nicola Sturgeon, will be in attendance at Westminster Abbey for the State Funeral.

People across Scotland are expected to use the special bank holiday to pay their respects. The service will be shown at cinemas in places including Edinburgh, Bo’ness and Peterhead, and it will be broadcast on a big screen in Holyrood Park in front of the Palace of Holyroodhouse.

Her Majesty The Queen will be laid to rest this evening in The King George VI Memorial Chapel in Windsor Castle.

“The State Funeral for Her Majesty will be one of the most momentous occasions in recent history, with people from around the world watching and paying their respects. She was the great constant and it is an honour to represent Scotland at the service.”

“As the Queen is laid to rest, it gives us a chance to reflect on the events of the past 10 days which have provided a sincere, solemn and fitting tribute to our longest reigning Monarch.”

“We knew how important Scotland was to The Queen and, over recent days, we have been reminded just how much Her Majesty meant to the people of Scotland.”

“I am sure the ceremonial events in Edinburgh will live long in our national memory and today we will all bid a final and poignant goodbye to a deeply respected and much loved monarch.”