Half of Scots sceptical of meeting 2045 net-zero target 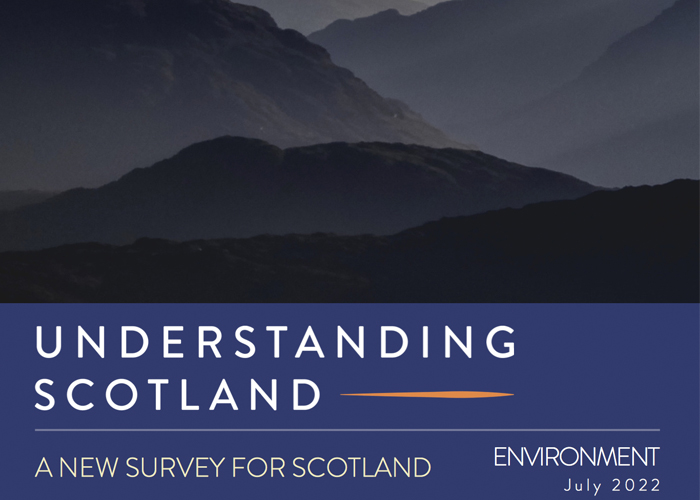 A NEW survey has found widespread dissatisfaction with Scotland’s and the UK’s existing climate targets, and scepticism that these will be met.

Of those expressing an opinion, less than two in five judged Scotland’s 2045 net-zero targets to be ‘about right’, falling to a quarter saying the same of the UK’s 2050 target. The remaining proportions are broadly split on Scotland’s targets, with three in 10 deeming these to be insufficient, while 45% say the same of the UK’s. Conversely, a third of people, and especially older respondents, said that Scotland’s current targets are too ambitious.

Respondents reporting a greater knowledge of climate change, however, were markedly more likely to express scepticism at the adequacy of these aims, as were young people, with those aged 16-34 almost twice as likely as the over 65s to say that Scotland’s 2045 target is insufficient.

Despite this perceived insufficiency, people are still doubtful that these aims will be achieved: half of Scots have little or no confidence that Scotland will adhere to its targets, rising to three quarters saying the same of the UK. There is a widespread dual-scepticism, with a third of all Scots saying that the UK’s targets are simultaneously inadequate and unlikely to be met.

People took an even dimmer view of global prospects, with a staggering 83% expressing little or no confidence that the world will meet its environmental obligations.

While most people were au fait with the topic of climate change and somewhat familiar with the concept of net-zero, far fewer people were aware of the Scottish and UK Governments’ respective environmental targets, with more than 70% saying they knew little or nothing about each of these.

Reflecting on the results, Mark Diffley, founder and director of Diffley Partnership who conducted the polling, said “These findings point to a pressing need for Scottish and UK Governments to raise not just awareness of these targets, but faith in achieving them. Young people who will be worst impacted by climate change are also urging governments to go further and faster with their environmental ambitions.”

The polling, part of the new Understanding Scotland survey from Diffley Partnership and Charlotte Street Partners, gathers insights from more than 2,000 members of the Scottish adult population. The full report can be found here.