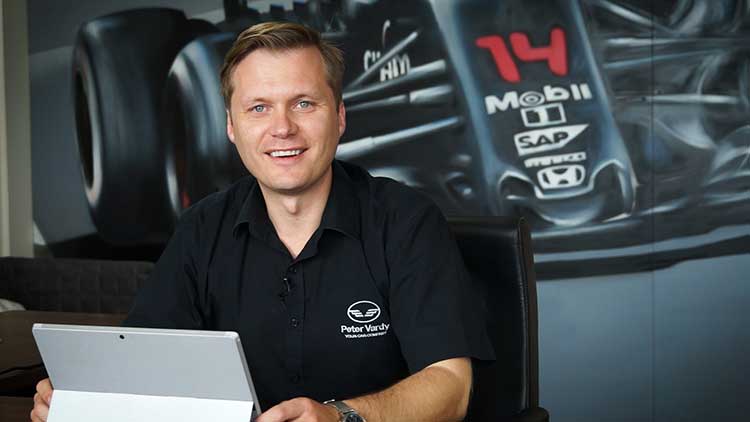 Peter Vardy has posted another year of strong annual figures for 2018, with earnings before interest, taxes, depreciation and amortisation (EBITDA) reaching £10.75m laying the foundation for future growth by the Glasgow-based automotive group.

The retailer – which holds franchises for BMW, Jaguar Land Rover, Porsche and Vauxhall as well as two Peter Vardy CarStores in Glasgow and Dundee, put in a robust performance in 2018, leading to 4.4% increase in used car sales for the year. Aftersales revenues also held strong, leading to a 4% rise in group turnover to £468m.

Despite difficult market conditions, gross profit margins remained in line with the previous year at 12.7%. The group continued to operate above its objective of £500,000 of retained profit per outlet, leading to a small increase to £5.8m in retained profit after tax.

Chief executive Peter Vardy said the 2018 figures illustrate the company’s resilience, with the ability to maintain a strong performance amid difficult trading conditions for the industry as a whole. This allowed the group to continue its programme of investment with the opening of its second Porsche showroom in Perth, giving Peter Vardy exclusive coverage in the north of Scotland.

“Our focus heading into 2018 was on two areas – driving used vehicle performance and maximising aftersales opportunities – and I am pleased to report positive results on both fronts,” Peter said.

“We are continuing to pursue our six-point strategy for growth, and are actively seeking expansion in both the physical and digital markets. The fact that we were working on our 2030 vision and strategy plans back in 2018 gives you an idea of the scope of our ambitions.”

Set up as a single dealership in Perth in 2006, Peter Vardy Group has grown to 14 dealerships across Scotland employing more than 800 people.

“We are delighted and proud to represent our manufacturer partners and pleased to report outstanding achievement of our targets during the year,” Peter said.

The company’s unique Partnership Share Scheme welcomed 200 new colleagues during 2018. Employee engagement peaked with 92.5% of staff providing formal feedback on their experience of working for Peter Vardy, with 95% of those who responded saying they were proud to be part of the organisation.

The group also recorded industry-leading customer satisfaction scores across all of its franchises, particularly at its CarStore outlets.

Looking to the future, Peter said the group aims to take the lead in digital innovation and transformation, with heavy investment in e-commerce sales and aftersales products. The company intends to sell half of its vehicles online by 2023, with a target of 60% of all service bookings coming through online channels in the same year.

“We are manoeuvring to be at the forefront of the rapidly-changing environment within the motor trade,” Peter said. “We have continued to build on 2018’s success during the current financial year, putting us in a strong position to achieve our objectives.”

The group also continued its programme of good works during 2018, with the completion of its 2-year OneChild initiative to help children in Uganda which raised over 1 million pounds.

The group has now expanded the One Child programme to support charities in Scotland. All colleagues within the organisation continue to participate in the company’s Giving Back agenda, spending one day of their induction at one of Peter Vardy’s partner charities.