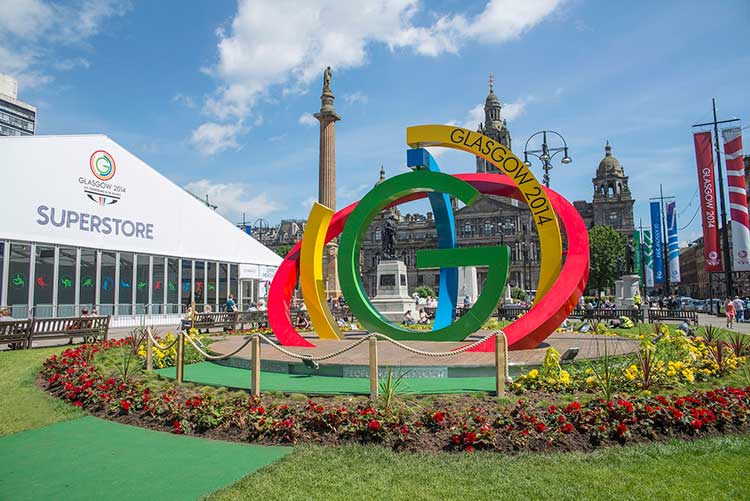 The Glasgow 2014 Commonwealth Games has been named as the greatest moment for Scottish tourism in the last 50 years.

The huge sporting event – which brought around 690,000 visitors for a holiday to Scotland as a result – was voted number one in a poll VisitScotland created to mark its 50th anniversary.

The public were asked to vote for what they considered to be the biggest catalyst for bringing visitors to Scotland and Glasgow 2014 bagged the top spot with 20 per cent of votes.

This was followed by Scotland being named the most beautiful country in the world by Rough Guide readers in 2017 (16 per cent) and the release of Hollywood blockbuster Braveheart in 1995 (11 per cent).

Readers of the renowned travel bible voted Scotland number one ahead of Canada, New Zealand and Finland. And the release of the Mel Gibson epic, caused a surge in interest in Scotland and its history leading to a boost in visitor numbers for the National Wallace Monument in Stirling – leaping from 30,000 a year to nearly 200,000 in 1996.

The first official Scottish Tourism Board was established 50 years ago today [THURS] following the Development of Tourism Act 1969 and voters picked this as the fourth greatest moment for Scottish tourism alongside the 1988 Glasgow Garden Festival (eight per cent). And rounding out the top five moments was Glasgow’s role as the City of Culture in 1990 (six percent).

The survey – which was carried out by Scotpulse – focused on moments with a national impact for Scotland which contributed to tourism becoming one of the country’s most important industries.

Survey participants were also asked if they would choose something else as the greatest moment with 4% picking this option. Some of the verbatim suggestions included: “Andy Murray Wimbledon”, “Billy Connolly no argument”, “Carol Smillie”, “Edinburgh Fringe Festival” (not included in options as it began prior to 1969), “Nessie Sightings” “Whisky” and “Hibs winning the Scottish FA Cup after 114 years”.

The results of the survey varied regionally and across different demographics. The Over 55s selected the Rough Guide accolade in top place, while the 2014 Commonwealth Games was number one for those under 55.

But the release of Braveheart claimed the top spot for those in Aberdeen followed by the establishment of the Scottish Tourist Board and in the Highlands and Islands, the North Coast 500 was voted in second place after Rough Guide.

Malcolm Roughead, Chief Executive of VisitScotland, said: “Over the last 50 years there have been so many big moments for Scotland’s tourism industry that it is difficult to choose just one, but the public has spoken.

“The Glasgow 2014 Commonwealth Games marked a momentous time for Scotland as we showed the world that we can host the biggest events on the planet and a global spotlight was shone on our country for visitors.

“All of these moments and more have helped Scotland to become a tourism giant over five decades and while this is VisitScotland’s own milestone, it’s very much an anniversary to be shared with our industry colleagues and partners.

“Today’s success owes much to the vision of pioneers within this resilient and resourceful industry and our 50th allows us to look fondly at the past while, importantly, fixing our gaze toward the future – here’s to 50 more.”

The survey of over 1000 people was limited to 20 options, with information on the top five detailed below:

The 2014 Glasgow Commonwealth Games received acclaim for its organisation, attendance, and the public enthusiasm of the people of Scotland. Commonwealth Games Federation Chief Executive Mike Hooper hailing them as “the standout games in the history of the movement”.

Before the tv series Outlander sparked huge interest in Scotland’s history with international visitors, Hollywood’s take on the life of Scottish warrior Sir William Wallace was a massive hit in 1995. The Mel Gibson epic – which had its European premiere in the shadow of the National Wallace Monument in Stirling – won five Academy Awards including the Oscar for Best Picture.

Establishment of the official Scottish Tourist Board (1969) – 8%:

In recognition of the importance of tourism to the UK economy The Development of the Tourism Act (1969), came into force on 25 July 1969 and created an official Scottish Tourist Board with statutory powers. Now named VisitScotland, the national tourism organisation has marketed Scotland to the world while supporting the tourism industry’s growth to one of the biggest industries in Scotland.