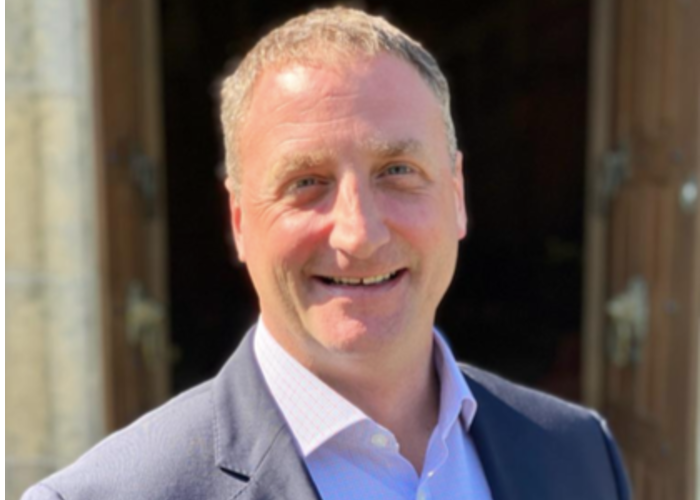 Glenapp Castle is delighted to announce that it has appointed Will Oakley to take the reins as General Manager as the hotel enters into its most exciting phase yet.

Will has recently moved back to the UK after seven years as General Manager of Cobblers Cove, the iconic pink 1940s mansion in Barbados. His career started after he graduated from the Savoy Group of Hotel Management Training and then joined the five-star Lanesborough Hotel in 1992. Will was only 25 years old when he took his first role as General Manager! He has also previously worked for Luxury Hotel Partners at The Cadogan Hotel as well as Bespoke Hotels and the Halcyon Hotel in Holland Park.

Glenapp Castle offers a new opportunity for Will. A 21-bedroom luxurious Relais & Chateaux Hotel, in Ayrshire, Scotland, Glenapp Castle has some significant new additions launching this summer and exciting developments in the pipeline.

Jill Chalmers, Managing Director, Glenapp Castle comments, ”we are utterly thrilled that Will has joined our team. He will be instrumental in taking Glenapp Castle and the business to the next level, we are delighted that he has joined us at a very exciting time for Glenapp Castle.”

The hotel has recently launched The Endeavour, its brand new castle apartment that encompasses the whole of the top floor of the castle. Providing more than 4,500 square of luxurious accommodation for total seclusion and privacy. The Endeavour has been a dream of Paul Szkiler, the proprietor of Glenapp Castle, ever since he took over the Castle in 2015. He is aiming to transform the hotel into a world-class destination and future plans also include an onsite spa development.

Glenapp Castle is also extending its food and beverage offering this summer, launching its new Azalea Glasshouse Restaurant, located in the Castle’s picturesque Walled Gardens. Glenapp Castle already holds a fantastic reputation for its stunning and delicious Scottish cuisine and service, however, The Endeavour, the new Azalea Glasshouse restaurant and The Hebridean Sea Safai are sure to enhance the guest experience even further.