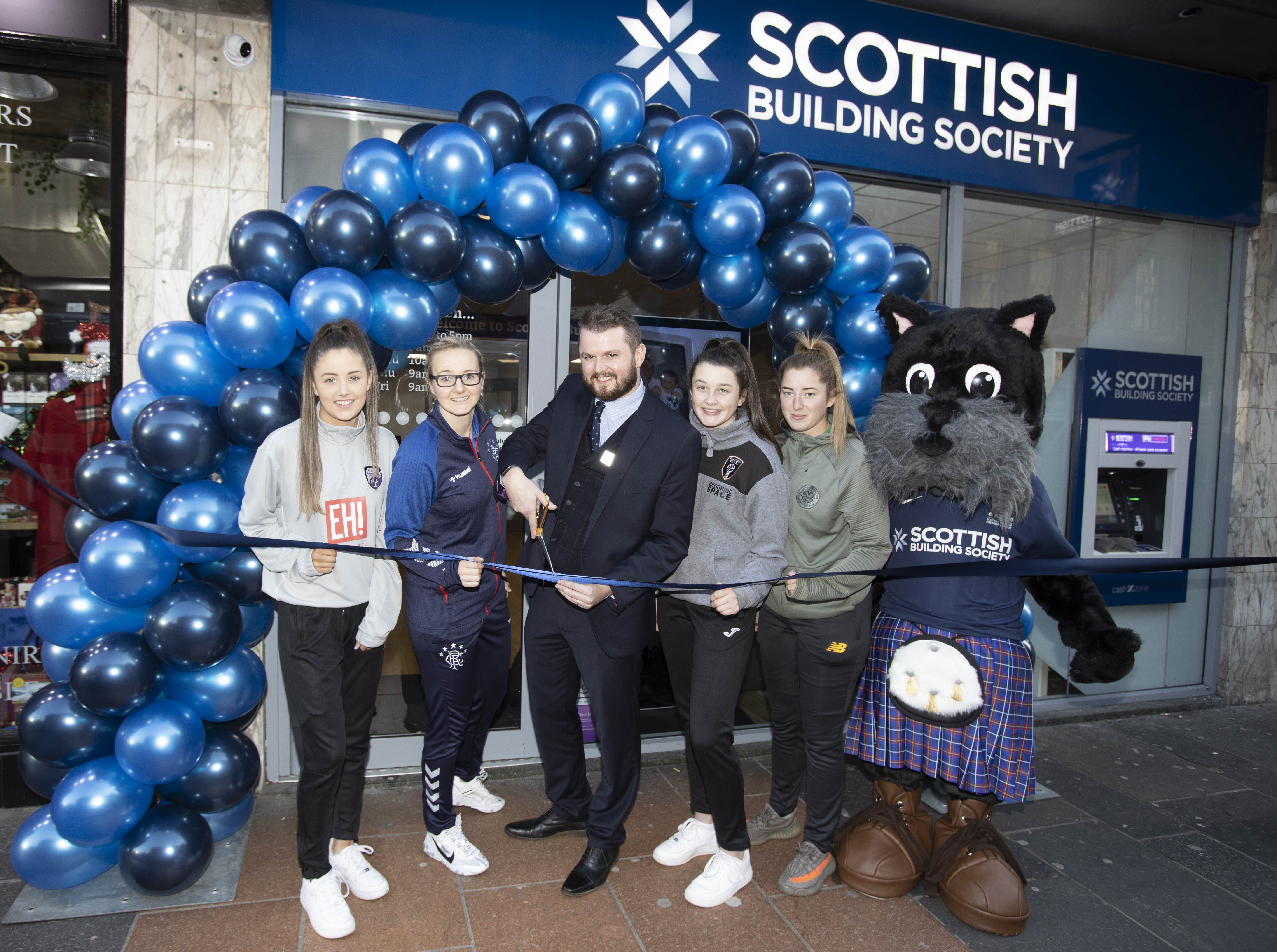 The opening of the Scottish Building Society in Queen St Glasgow

SCOTTISH Building Society today unveiled its brand-new Glasgow branch, right in the heart of the city, all in time for St Andrew’s Day.

Branch manager John Boyd cut the opening ribbon at Queen Street with mascot Hamish and players from the Scottish Women’s Premier League, who the Society sponsor.

Paul Denton, Chief Executive Officer, said it was a £350,000 investment in Glasgow and the high street.

He said: “We are delighted to open a new branch here in Scotland’s largest city. Although we have had a presence here, we are thrilled to finally have a home to call our own.”

He continued: “Bank branches are disappearing from towns and city centres, often this results in customers feeling ill-ease as they have nowhere to physically go.

“We believe our branches should be a point of presence within communities, whereby they represent brand assurance as well as a place for members to transact. They can also be a meeting place for the wider community and key stakeholders, such as our mortgage intermediary partners.”

The Society’s initial £350,000 investment means it now has six branches in Scotland with over 30 sites across Scotland through agency partnerships with solicitors and accountants.

SBS has seen a fifth consecutive year of mortgage book growth with pre-tax profits ahead of plan to £1.03million.

The new branch is located on 78 Queen Street, G1 3DN