Glasgow to move to Level 2 from 5 June 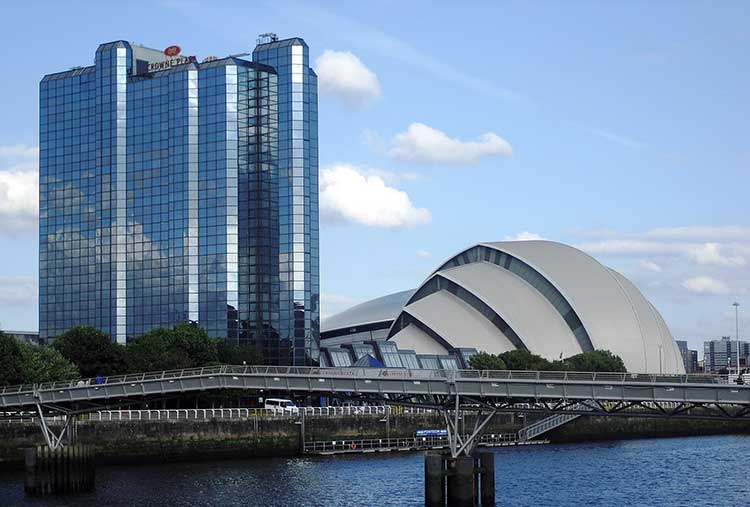 GLASGOW will move to Level 2 from next weekend as long as key indicators remain stable or fall.

In line with the recommendation of the National Incident Management Team (NIMT), the First Minister said there are signs that the situation is stabilising in the postcodes at the heart of the initial outbreak and across the city generally, and that, if that trend continues, the city can move to Level 2 from 00:01 on Saturday 5 June.

Enhanced testing, vaccination and public health measures will continue to work to contain the spread, and enhanced contact tracing may mean close contacts of close contacts are asked to self-isolate and book a test.

Further funding has been made available to Glasgow City Council to provide additional support for businesses in hospitality and leisure in Glasgow, with grants ranging from £250 to £750 per week.

“Glasgow businesses are getting used to these weekly Friday disappointments.  This one is all the more galling because it looks like Monday will see Glasgow basking in the sort of gloriously sunny Bank Holiday that could have helped small hospitality operators recoup some of their losses.

McRae continued by saying, “The First Minister did suggest there might be light at the end of the tunnel next week – and breaking the Friday-for-Monday announcement cycle will give business owners a little more notice.  It’s very difficult to run a business, or plan your family finances, when you need to tune into the lunchtime news on a Friday to find out if you’ll be working on the Monday.

“The businesses and employees hardest hit by these ongoing restrictions need proper support now.  The Glasgow hospitality industry was given two days to scrap their re-opening plans.  But even now, after two weeks, we still don’t have adequate financial support measures in place. That needs to be remedied as a matter of urgency.”

Stephen Montgomery, spokesperson for the Scottish Hospitality Group and owner of Townhead Hotel, Lockerbie added: “People will continue to travel outside Glasgow city centre, further spreading the virus. We already know that’s happening.  So, if things are really that bad that there needs to be this continued lockdown, then this is a counter-productive move and makes no sense as far as the government’s policy is concerned.

“We firmly believe the approach based on case numbers is largely irrelevant now. It’s admissions and other hospital data that should be used and it’s great to see that those are remaining at a very low level. With the vaccine roll-out and all the preventative measures that the government has had us put in place, it should be possible to remove Glasgow from these unfair restrictions now.

He continued: “It is quite staggering to think that the plan for the fan zone at Glasgow Green is in full swing, but here we have a situation where the Scottish Government thinks that keeping Glasgow City in level 3 and throwing hospitality businesses a pitiful £750 per week is acceptable.”

Other areas of concern across Scotland continue to be monitored closely, including Renfrewshire, East Renfrewshire and Clackmannanshire. All of those areas, however, have low absolute numbers of cases and public health teams think that the outbreaks there can be controlled in other ways. These areas will remain in Level 2 for now, although public health efforts will be intensified to tackle the increased prevalence.

Everyone in Glasgow,  Renfrewshire, East Renfrewshire and Clackmannanshire is encouraged to get tested to help stop the spread of COVID-19 by finding cases that might be missed, as around 1 in 3 people with the virus don’t have symptoms.

Travel restrictions between Scotland, the Republic of Ireland and certain local authority areas in England will remain in place.

“Case levels in Glasgow are uncomfortably high but there are signs of progress. So the view of the National Incident Management Team is that it would be premature to move Glasgow out of Level 3 this week while the situation remains so fragile. However, if incidence continues to stabilise, and assuming levels of hospitalisation remain reasonably stable, they will support a move to Level 2 from the end of next week.

“Of course, it is necessary that we do see progress continue. We will be watching the critical statistics carefully every day. If the massive public health efforts continue to have an impact; if our collective efforts continue to drive the virus back; then from next Saturday – 5 June – the plan would be for the city to move to Level 2.

“But, I need to be very clear. We need to see the positive signs to continue to make that a reality. To give as much advance notice as possible, I intend to confirm any decision to Parliament no later than Wednesday of next week.

“So, my message to the people of Glasgow is, don’t lose heart. I live in the city, so I know how hard this is. But please, continue to help with all of the public health efforts that are in place. If we continue to do that, we will move out of Level 3 quickly.

“In particular, please come forward for the vaccine – not just the first, but both doses. And that applies to young people too. This virus can and does make people ill – being young is not a cast iron protection against it. Far from it – a high proportion of the, albeit relatively low, number of hospital cases now are amongst younger age groups.”

Mainland Scotland is currently due to move from Level 2 to Level 1 on 7 June. The First Minister said she is planning to confirm on Tuesday to Parliament whether that move will take place.