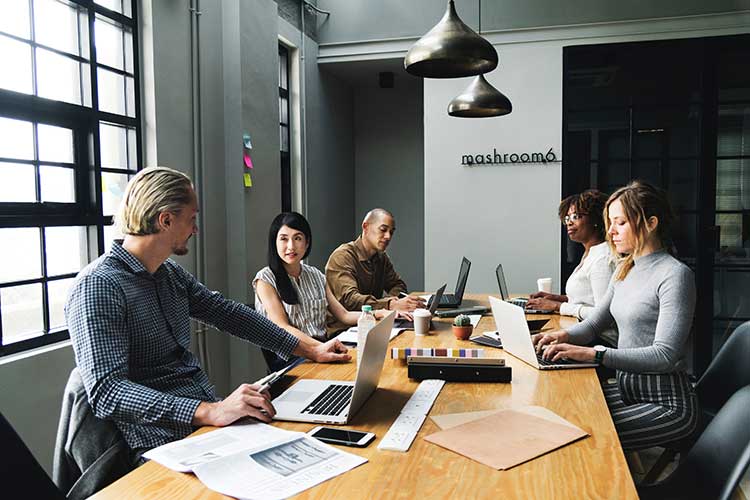 Photo by rawpixel.com from Pexels

Workers in the gig economy are increasingly seeing their “side hustle” as a launchpad into longer-term entrepreneurship, according to the largest annual survey of UK entrepreneurs.

Although often portrayed as a precarious option to supplement low pay, latest data from the Global Entrepreneurship Monitor (GEM), has found gig workers are twice as likely as the wider population to be planning to start a business or to be early-stage entrepreneurs.

But more worryingly, the study also suggests that previously-higher entrepreneurship rates among black and minority-ethnic (BAME) British people and BAME immigrants to the UK have nosedived since 2017, reducing to levels similar to non-minority and non-immigrant residents.

The researchers behind the UK edition of the global report, sponsored by NatWest, believe the findings show the changing shape of the UK economy may be benefiting some groups more than others, with Brexit fears weighing disproportionately on minorities and migrants.

The Global Entrepreneurship Monitor (GEM) tracks rates of entrepreneurship in 49 economies, making it the world’s most authoritative comparative study of entrepreneurial activity. In the UK, researchers from Aston University in Birmingham, Queen’s University Belfast and Strathclyde Business School analysed responses from more than 9,000 people.

The GEM report’s key measure of Total early-stage Entrepreneurial Activity (TEA) tracks the proportion of people who are ‘nascent entrepreneurs’ at the early stages of setting up a business, as well as new business owners who have been running their firm for between three months and three-and-a-half years.

This year’s survey is the first to look in detail at entrepreneurship among gig economy workers. It found that 19.2% of people doing gig work for firms like Uber and Deliveroo were intending to start a business within three years, compared to 8.5% of the general population, while almost 9% considered themselves ‘nascent entrepreneurs’, compared to 4% of all people. A further 25% of gig workers describe themselves as new or established business owners, suggesting their ‘side hustle’ is part of a wider embrace of entrepreneurship.

Around one in ten men were at some stage on the entrepreneurship journey, compared to one in 20 women.

And in a reversal of the long-running trend for ethnic minorities and immigrants to display higher entrepreneurship rates, the TEA rate for BAME British people fell by more than half in a single year, from 14.5% to 6.9%. For immigrants to the UK of all ethnicities there was a similar collapse, with their TEA rate falling from 12.5% in 2017 to 7.2% in 2018, but this drop was particularly pronounced among non-white immigrant groups, whose TEA rate fell from 17.5% to 4.9%. By contrast, UK-born people of any ethnicity who had lived abroad were the most likely of any group to be early-stage entrepreneurs, at 12.2%.

Regional and socio-economic differences were also observed, with the highest rates of entrepreneurship found amongst the most deprived fifth of areas in England (12.6%), with lower rates in the other UK nations.

The GEM report also suggests that attitudes among entrepreneurs towards external finance are changing. Over half (53%) of entrepreneurs intend to fund their venture themselves, with 15% looking to banks for support and 6% to crowdfunding sites. Meanwhile, while only 2.8% of the population invested in someone else’s business in 2018, mainly close friends and family, 23% of these informal lenders gave their money to a “stranger with a good idea” through peer-to-peer lending, up from 16% the previous year.

“Interestingly, the gig economy seems to be an attractive way of working for those intending to start a business or who are in the early stages. Given the flexibility inherent with this type of work it would seem ideal for those individuals who wish to spend time getting their business off the ground and earn a wage at the same time. The latter point is particularly important for those early-stage entrepreneurs who may not yet have a steady monthly income arising from their business venture.”

“What’s troubling is the big drop in entrepreneurship we’ve seen among BAME communities and immigrants to the UK. In the past, these groups have set the pace of enterprise among our population, so we have to question what factors could have caused such a pronounced collapse in such a short space of time. Starting a business is an act of faith in the future. This finding suggests that BAME immigrants see their future in the UK as more uncertain now than before. If this is the start of a new trend rather than a blip in the data, then we should be investigating the reasons for it urgently.”

“However, it also highlights some areas where more attention is required, and this insight helps us ensure that our Entrepreneur Accelerator programme is tailored to reflect the needs of entrepreneurs at every stage, whether they are an early stage start-up, established SME, or a high growth business looking to scale. As the UK’s biggest bank for business, we understand that SMEs are the lifeblood of the economy and are committed to supporting entrepreneurs achieve their ambitions.”