Fifth record breaking year in a row for Scrabster Harbour 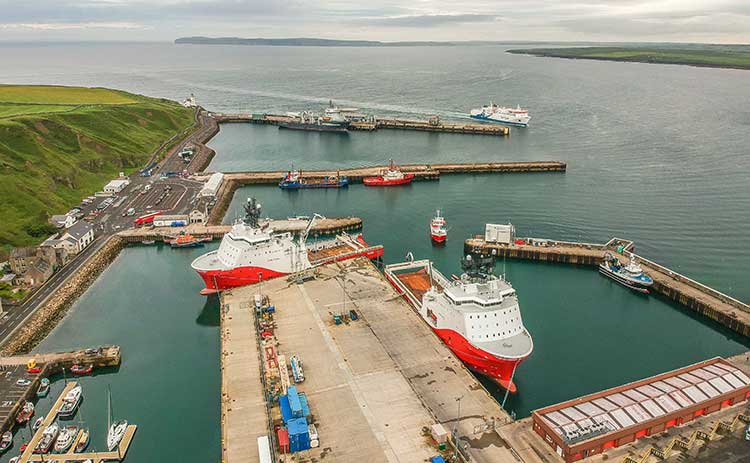 Scrabster Harbour Trust has reported another successful trading year with record revenues and profits being achieved for the fifth consecutive year.

Figures for the year ended March 2019 were released at the Trust’s AGM on 28 September 2019, which showed pre-tax profit rising from £1.12 million to £1.26 million and turnover increasing by £312,000 to £3.917 million.  The results mean record revenue performance for the fifth successive year. The strong figures were presented at the AGM as the Board set out a route map for continuing to grow the harbour’s activities through the redevelopment of the St Ola Pier.

The financial position was achieved from growth across most of its trading sectors with ferry, fishing and energy related activities being the best performers.

At the AGM, the Trust outlined the progress being made with the project to redevelop the existing St Ola pier to attract larger cruise ships and energy related trade.  Tender prices for the multi-million pound project are expected in Autumn 2019, with works expected to begin early in 2020. The project has been boosted by the award of £5 million from the Nuclear Decommissioning Authority (NDA), the largest Scottish socio-economic award ever made by the nuclear agency. Highlands & Islands Enterprise has committed a further £3 million of project funding, which was confirmed in Summer 2019.

“The accounts for 2018/19 are the strongest trading performance ever achieved by the Harbour. The financial performance, and previous growth, provides the foundation for further port development bringing increased economic value to the local and regional economy. The awards from the NDA and HIE underline the support for these plans and we hope to make progress in 2020”

“We would not be able to deliver these results without the good and strong partnerships with the businesses and organisations who use the facilities.  We would like to thank the local businesses and users of the harbour for their contribution to the harbour’s growing success”.