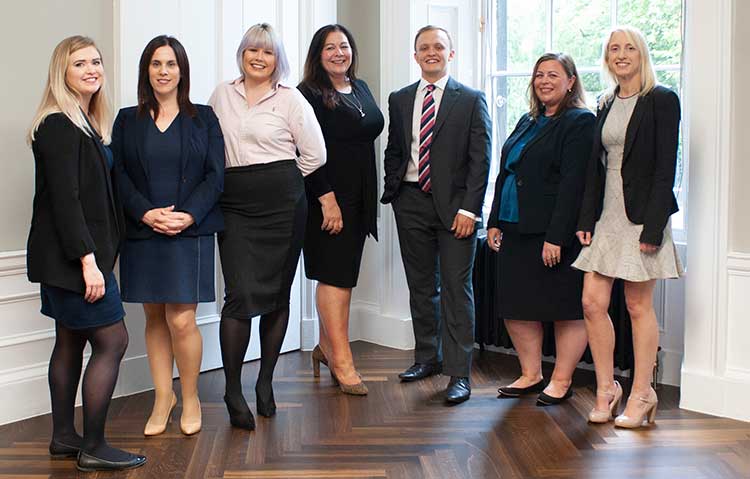 A Scottish legal firm is set to grow further with the appointment of a new associate – taking the headcount in its family law team to seven.

First qualifying in 2008, Sarah will be bringing 12 years of legal experience to help the continued development of Gilson Gray’s family law offering from its Glasgow office.

Since 2017, the family law team at Gilson Gray has expanded significantly from just two members, now counting seven with the recent appointments of Sarah and Denise Laverty, who also joined the firm from BTO.

Sarah said: “I recognised Gilson Gray’s position – it might be a comparatively new firm but it’s definitely made its mark in all aspects.

“The firm has a fantastic reputation in the industry not only for their commitment to delivering the very best service to all clients but also for the way they support their staff.

“It’s hugely impressive when you consider what has been achieved in the family law team over such a short space of time.

“The family law team attracts high quality, challenging and interesting work. I am delighted to be given the opportunity to become part of a such a progressive team.”

Driven by an ethos to hire only the best talent in Scottish law, Gilson Gray now has more than 150 staff across its offices in Edinburgh, Glasgow and East Lothian.

Established just five years ago, the firm has recently announced a number of high-profile new appointments, as well as its expansion to take over a second office in the capital.

Philippa Cunniff, Partner and Head of Family Law at Gilson Gray, said: “When we first set out two years ago we never wanted to be ‘the biggest’ family law team – we wanted to be the best.

“We don’t grow for growth’s sake at Gilson Gray and we don’t compromise on quality which means we handpick only the very best talent out there to join us.

“Sarah demonstrates all the qualities that we deem essential to being part of our team; she’s ambitious and driven and we think she’ll fit in perfectly.”