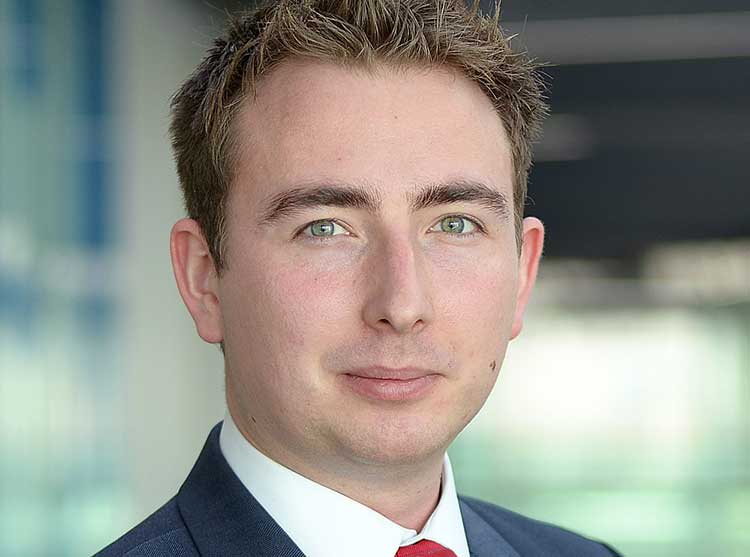 EY has appointed an equity Partner to lead its growing Innovation Incentives team in Scotland.

Jonathan Boddy is EY’s first partner dedicated to this area in Scotland and reflects the work he has been leading to assist businesses from the Borders to the Highlands access R&D tax credits and innovation grant funding.

Jonathan joined EY in 2011 from a consultancy background and has grown the Scotland business to a team of more than 10 industry experienced engineers and tax professionals. Prior to his promotion to Partner, Jonathan was a Director in the team. There are also significant plans to further grow the team in Scotland over the next year due to increasing demand for services particularly in specialist industries and sectors.

Iain Wintour has been promoted to Associate Partner. Iain joined EY in 2014 as part of the Scottish Tax team focussing on infrastructure and renewables clients. He recently advised one of the world’s largest offshore windfarms, and is active in a range of projects in this growth sector.

Jonathan and Iain have both been internally promoted, demonstrating EY’s commitment to developing its talent in Scotland. Jonathan’s appointment takes EY Scotland’s partner total to 39. EY has also confirmed ambitious growth plans to increase the head count of its Scottish business by 25% to 1,250 over the next year.

EY’s Scotland Managing Partner Ally Scott said: “Jonathan and Iain’s promotion reflects the depth and breadth of talent we have at EY and positions us for continued growth in the future. They have the passion and skills to innovate and outperform for the benefit of our clients, who appreciate the added value we are bringing to the table.

“It’s an exciting time to be part of our business, especially with ambitions to recruit an additional 1,250 people in Scotland across all levels during the next 12 months. Both Jonathan and Iain originally qualified as engineers and they have found their niche at EY – showing there are diverse routes into the profession.

“The Scottish market is brimming with ambitious and talented individuals who want to work with a diverse range of clients from owner-managed scale ups seeking on the ground support with funding and people strategy, through to established blue-chip brands with global operations.

“Our continued investment in technology and automation has resulted in our Edinburgh office becoming EY’s UK Centre of Excellence in Data Analytics and provides our clients with an exceptional level of insight and clarity in decision making.”

Overall, EY has appointed 57 equity Partners to its UK business, including 43 internally promoted Partners and 14 direct entry Partners from its competitors and industry.