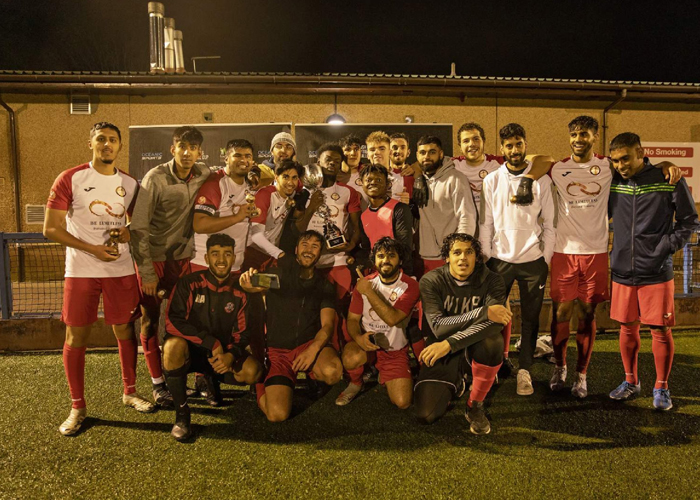 THE Glasgow based team G-Town International (GTI FC) has been crowned the winner of the first ever Scottish Minorities Football Cup (SMFC).

This one day event was hosted by Oceanic Sports in support of The Well Foundation on the 20th of November at Dalziel Park Golf Club in Motherwell from 4pm to 8pm. The tournament consisted of the 6 participating teams competing in a group stage to progress to the semi finals and ultimately the finals.

The final scores were:

It was a truly dominate performance which saw GTI FC conceding no goals across the entire cup. The teams in this year’s tournament were selected by the event organisers but the plan for future tournaments is to have teams qualify.

The SMFC is going to be an annual event where local teams can get involved, show off their skills and get competitive. Oceanic Sports are hoping to bring ethnic minority communities by involving them in exciting sporting events.

A Spokesperson from Oceanic Sports said: “We’re incredibly proud of how well this past weekend’s event went and are hugely grateful to all the teams who competed.

Special congratulations to GTI for the victory and we hope to see them back next year as defending champions.”