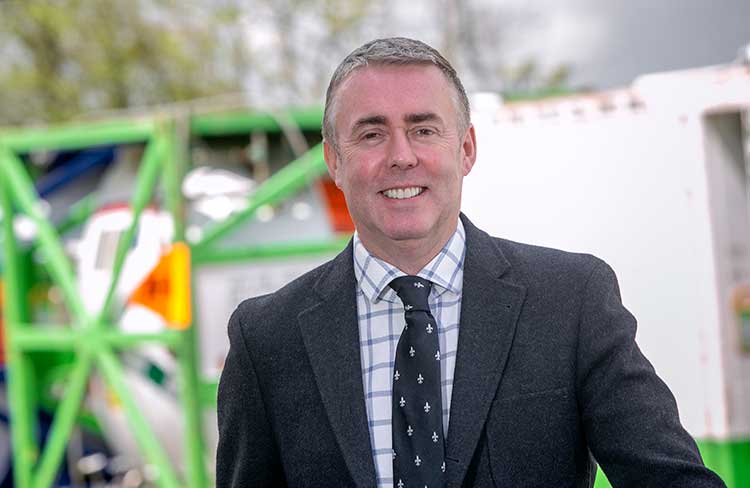 EnerMech, the Aberdeen-headquartered provider of specialist services to the energy and infrastructure sectors, has appointed John Guy as Chief Executive Officer (CEO), succeeding company founder Doug Duguid, who will assume the role of Deputy Chairman.

John Guy’s appointment as CEO will become effective from 1 August, 2019, when Doug Duguid will take on the Deputy Chairman role for a six-month period.  The move is part of a planned strategic transition put in place following the acquisition of EnerMech in December 2018 by global investment firm, The Carlyle Group.

John Guy joined EnerMech in 2010 as Asia Pacific Regional Director based in Singapore, where he oversaw the rapid expansion of the services portfolio in the region, before he was appointed Chief Operations Officer in 2013.

An oil and gas industry veteran, John Guy started his career in the UK, working on some of the largest topside and FPSO projects in the 1990s. He was later based in Azerbaijan and more recently has been instrumental in increasing EnerMech’s presence in the Caspian, Middle East and Australasia.

John Kennedy, EnerMech Chairman, said: “Doug Duguid is handing over our business in strong health and with very exciting growth prospects ahead of us. This is a positive transition from the founding owner to a natural successor – John Guy knows EnerMech and our target markets inside out.  This places EnerMech in a very strong position to increase our reach in traditional energy markets, while rolling out our integrated offering across many new sectors.

“EnerMech owes a debt of gratitude to Doug who has taken a start-up business and transformed it over a 10 year period into a successful, well respected organisation which has created great opportunities for our 3500 employees as well as other stakeholders and our customers and suppliers.”

John Guy said: “Having worked closely with Doug Duguid over many years, I am delighted to take over the reins at EnerMech, and to be entrusted with realising the potential of this thriving business. Doug’s leadership and enterprise has established a formidable platform on which EnerMech can continue to make significant inroads in emerging markets across the globe.”

Doug Duguid added: “John Guy has played a pivotal role in getting EnerMech to where it is today and I am confident the next chapter in the company’s growth story will mirror the many milestones achieved by my fellow directors and staff in the company’s first decade. It will very much be business as usual at EnerMech for all stakeholders, employees, clients and suppliers.”