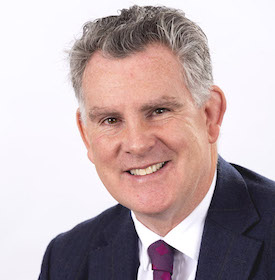 Ian is an experienced technology industry executive, holding CEO positions at Scottish businesses Touch Bionics, Mpathy Medical and BioFilm.  was sold to Danish surgical medical device manufacturer Coloplast in 2010 and Touch Bionics was sold to Icelandic orthotic and prosthetic manufacturer Össur in 2016.  Previously he spent nine years at Optos plc, initially as CFO and then as General Manager of its North American business.

Ian said, “Ultrafast lasers are driving innovation in many fields of research and across a wide range of industries. Chromacity is well-positioned to disrupt the sector with its high performance, systems and I am delighted to join the Board at this important time in the company’s expansion.”

Shahida Imani, CEO, Chromacity, said “We are at a vital stage in the growth of Chromacity, and Ian’s appointment will be invaluable in helping us deliver on our objectives.”

Chromacity has made several key managerial appointments in recent months in the areas of manufacturing, operations, finance and marketing.  The company recently announced a product partnership with microscope manufacturer Scientifica, as well as involvement in a cutting-edge laser development project with Heriot Watt University.