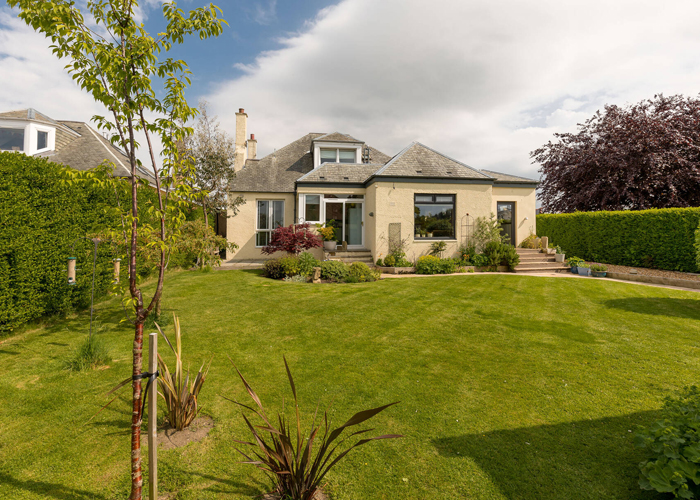 A home in Greenbank, Edinburgh, which sold for 22% over its asking price. There were 16 offers for it at the closing date.

HOUSE-buyers in Edinburgh have paid an average £40,000 more for their homes in the past year, an estate agent has found.

Estate agency and solicitors Lindsays has revealed a 15% year-on-year value rise in the properties it sold as its experts predict a busy start to the market in 2022.

Those sales were largely in and around the city, but also cover the wider Lothian regions.

Lifestyle decisions made during the Covid-19 pandemic – with more people looking for homes with gardens as they work from home – have been a major factor in continued competition which has been reflected in prices, the firm says.

Maurice Allan, Managing Director of Residential Property at Lindsays, said: “It’s not been unusual this year for us to see properties go up to 30% above their asking price.

“Houses are in particular demand. The shift we saw after the first lockdown of people wanting to move out of the city centre has not slowed – and it’s that competition for the properties available which has been a key factor in fuelling the price rises we’re seeing.

“While we do not expect prices to increase at the same rate we have seen during 2022, that sustained demand means they are likely to continue rising, particularly as lenders continue to make money available.”

Meanwhile, people are expected to act quickly to line up house-moves as the new year begins.

Mr Allan added: “The buyers are there already. We know people are ready to move straight after the break.

“January tends to be a busy time for the market. The challenge is that it often takes time for the supply of homes to meet the demand that’s there.

“While we expect a calmer and more settled market in 2022 than we have seen in the past 18 months, we are confident that it will remain busy, buoyant and competitive.”

The latest figures from the Office for National Statistics (ONS) showed the cost of buying a home in Scotland rose by an average of £18,000 – 11.3% – in the year to October.

Across the country, the average first-time buyer is paying £145,000 for their starter home – a near 10% increase on the year, that data revealed.

Lindsays staff conducting viewings do so within Scottish Government rules over social distancing and hygiene requirements. Guidance documents are shared with viewers and sellers.

Retrofit, best in class design to drive refurbished office rents up to £36 per sq ft in Glasgow

Hat-trick of new lettings at Orbital House in East Kilbride