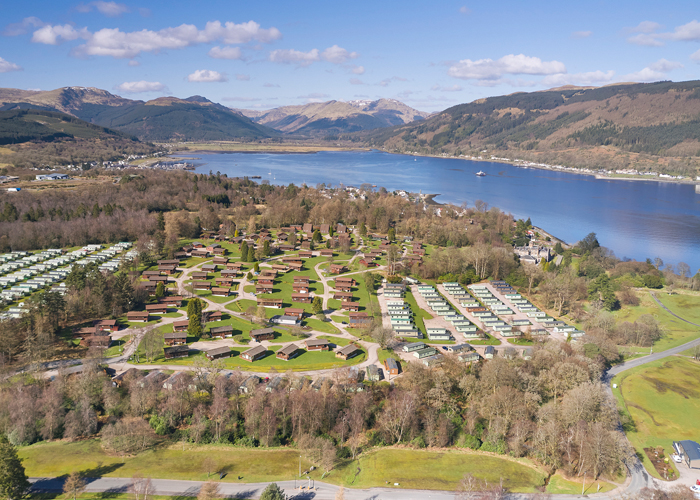 AN Argyll holiday park has been crowned as the best caravan park in Britain.

Hunters Quay in Dunoon – part of Cove UK’s Argyll Holidays group – beat competition fromthousands of other holiday sites around the country to be named the nation’s favourite.

The accolade was awarded by Hoseasons, the leading booking site for holiday parks across the UK.

There was also further success for Hunters Quay as it scooped the Best in Britain title in the Customer Choice Food Award.

And not to be outdone, its Argyll Holidays sister park – Drimsynie Estate Holiday Village at Lochgoilhead – received a Diamond Award for Scotland in the ‘Relax & Explore: Large Park’ category.

The honours mark the continued success of Argyll Holidays since the company’s eight parks were acquired by international park operator Cove in February 2022.

Mark Seaton, Managing Director of Cove UK, said the awards were testament to the hard work of team members and the quality product offered by Argyll Holidays.

Mr Seaton said: “To be crowned the best caravan park in Britain is a tremendous achievement for Hunters Quay given the quality of competition around the country.

“Hunters Quay really is an outstanding holiday park in every respect and that’s why we see families and people of all ages travel from near and far to stay with us.

“The park is located in a stunning location and offers first-class accommodation and activities. And also confirmed by its Best in Britain food award, the team cater for the very best in food and drink as well.

“We’re also delighted that Drimsynie Holiday Park won a diamond award in the large park category, underlining the quality that exists across the Argyll Holidays portfolio.

“When Cove UK took ownership in February, we promised to invest and drive forward the Argyll Holidays brand which was already a success. The existing team at Argyll have been exceptional and utilising Cove’s expertise, we’ve been able to build many parts of the business including our product offering, marketing, training and career development.

“This is also a fantastic boost for Dunoon and for the region, we are certain that even more holidaymakers will want to come and stay with us in the months and years ahead.”

Cove is the UK’s fifth largest caravan park operator, with more £350 million of property acquired in the UK over the past two years, including deals for Europe’s largest park, Bunn Leisure, in August 2019, Medmerry Park in August 2021 and Argyll Holidays in February 2022.

Investment in homeowners, holidaymakers and team members is a key priority for Cove UK. Its dedicated training centre, ‘Cove Academy’ has a range of tailored training and development opportunities that enable Cove team members to build fulfilling careers in the leisure industry. The Cove Academy works with local and regional skills providers and local partnerships to establish effective networks for team development and over 900 training courses were undertaken by Cove UK staff in 2021 alone.