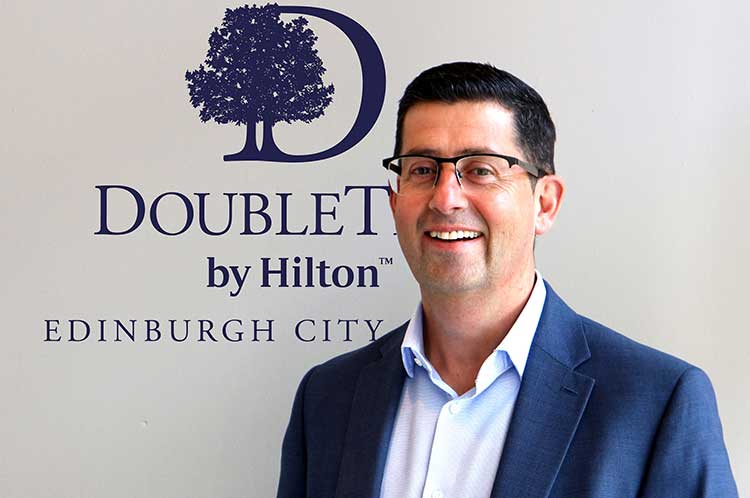 In his new role, Marcello will lead the team at the 138 bedroom hotel, managing sales, operations and finance as well as overseeing people development.

He said: “It’s an honour to be back in the heart of the city, leading a team at a hotel steeped in such architectural history. The hotel already had a fantastic reputation and I am looking forward to working with the team to further develop a world class guest experience.”

She said: “DoubleTree by Hilton Edinburgh City Centre is a fantastic venue – especially with its Sky Bar providing the best view of the capital.

“I intend to hit the ground running in my role here with a packed calendar of events scheduled for the coming months for both residential and non-residential guests. From summer and festive silent discos to themed afternoon teas and a Rocky Horror Singalong – we’ve got something for everyone and I’m delighted to join the team here.”