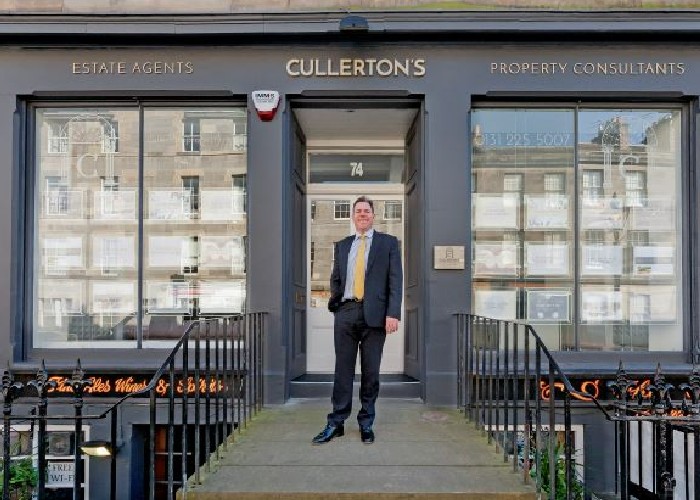 EDINBURGH estate agency Cullerton’s is celebrating after being named No. 1 in Scotland just four years after launching in the city.

The firm, which specialises in upmarket homes, came out on top in The Herald Property Awards and the accolade is the first major honour for the business since being set up in the Stockbridge area of the capital in 2017 by Mark Cullerton.

It comes after a difficult 18 months amid the challenges posed by the Covid-19 pandemic and Mr Cullerton said: “I couldn’t be happier at getting this award as we are such a young company.

“We were the only estate agency in Edinburgh to be short-listed which was a big thing in itself but to actually win was a huge achievement.

“This is our first major honour since the business started up four years ago and all credit to the team for their hard work and application during what has been a challenging period.

“This gives our team a real boost and we will keep working hard to provide the best bespoke personal service possible.”

Property expert Mr Cullerton was one of the founding members of McEwan Fraser Legal in 2009 and says the award justifies his decision to branch out on his own.

“It was a long-held ambition to set up my own estate agency and this award validates that decision,” he said.

“I pride myself on the highest of standards. It’s not just the clients who get treated like royalty but the viewers as well and I think this has been reflected in the award.”