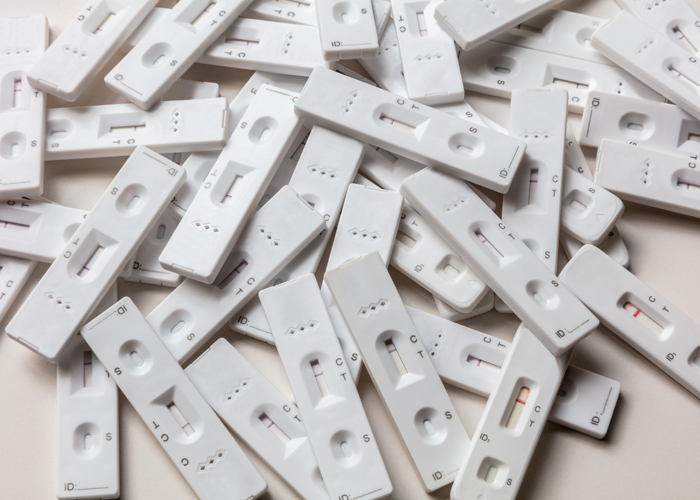 Businesses are being urged to watch out for people going through their bins for used lateral flow tests.

A waste collection company says that Covid scammers are selling on both positive and negative tests for cold, hard cash as buyers attempt to trick employers and venues.

According to Divert.co.uk, refuse collectors are being offered money to allow these people to pick through waste in order to find used test devices.

“It’s a disgusting and immoral trade,” says Divert.co.uk spokesperson Mark Hall. “This kind of selfishness and stupidity will lead to further infections and deaths.”

They might also want to skip a period of self-isolation, with potentially devastating results.

“These are people who have either tested positive, or simply don’t want to go through the bother of taking a test,” says Hall. “Whatever their motive, they want to mix with colleagues, friends and the general public without a thought for their welfare.”

The second trade is in positive tests results, for those who fancy a bit of paid time off work.

“Why anybody would fake having a potentially deadly disease after everything we’ve been through in the last two years is beyond us,” says Hall, “but here we are.”

There have also been warnings that scammers are using the QR codes of tests that social media users are posting on the Facebook walls, and selling screengrabs as a money-making commodity.

Divert.co.uk says they have had reports of refuse operators being approached by shady individuals asking to rifle through waste looking for used tests. In some cases, they’ve been offered money for doing so.

“It’s absolutely maddening,” says Mark Hall. “Refuse workers have a hard enough job as it is without clearing up after these goons.”

“As far as we know, nobody’s been threatened by these criminals, but it can only be a matter of time.”

But it’s the act of fraud that worries Divert.co.uk’s Mark Hall, as dodging Covid tests is one reason the pandemic is lasting so long.

It only takes one person with the highly-infectious Omicron variant at a sporting event which requires a negative test from all spectators to spread it to dozens, hundreds, or thousands of people.

“Look, we’re all sick of Covid, but it’s clear from the daily stats that Covid isn’t sick of us,” he says.

“The rules are there for a reason, and trying to find a way around them could actually kill people. Is going down the pub with your mates really worth it?”