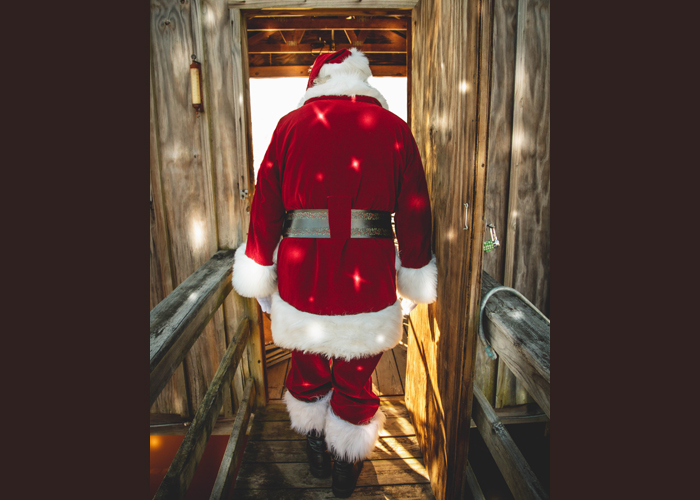 CHRISTMAS is cancelled for 26% of consumers in Scotland because of the cost of living crisis – leaving retailers facing a nightmare New Year stuck with excess stock.

Half of shoppers (49%) are ‘worried’ about being able to afford to buy gifts for the festive period.

And a fifth of households (21%) plan to spend less this year than they did last year.

Almost one in six people (15%) said they plan to buy no presents at all to save cash, 17% are ditching the Christmas tree and 16% will go without a turkey.

The findings come from a new poll of 2,000 shoppers from Inventory Planner, which provides forecasting and planning software for businesses.

They provide a stark warning to retailers about the dangers of being caught with excess stock.

Almost six out of ten retailers (59%) told Inventory Planner there would be ‘dangerous ramifications’ for their business if they failed to sell excess stock ahead of Christmas.

The survey found that households were looking at lots of ways to limit spending this Christmas.

The most popular way was to minimise travel to save on petrol and other travel costs such as rail – chosen by 26% of respondents.

A quarter of households (24%) have set a strict spending limit for Christmas.

Other popular cash savers include doing home-made gifts (chosen by 22% of respondents), switching to cheaper Secret Santa presents (22%), and not using wrapping paper or seeking cheaper alternatives such as old newspapers (23%),

One in five households (21%) will ask guests to make a contribution to the cost of Christmas dinner.

Almost one in five (18%) of those polled are working extra hours to save up for Christmas and 17% have taken a second job.

One in six shoppers (17%) are buying second hand presents and 15% are not bothering with Christmas cards.

Inventory Planner CMO Sara Arthrell: “With more than a quarter of consumers in Scotland cancelling Christmas this year, many retailers could be facing a nightmare in the New Year being stuck with excess stock and a recession looming. That is why good planning is vital.

“Excess stock is a problem because products start to decrease in value after a while. Among other things, goods can start to deteriorate and perish – go out of fashion, become redundant and more.

“It’s also dangerous for cash flow. With tough times ahead, cutting stock is a crucial strategic move for all brands, but deep discounting is not the optimal way to boost cash reserves – even though it is tempting to do so because shoppers want deals right now.”

Arthrell said brands need to implement inventory planning technology so that they can identify the hottest sellers and discount only the slow movers.

“Some brands which have failed recently such as Made.com made the mistake of thinking that Pandemic fuelled demand would be permanent.

“During the Covid crisis, some brands could not get their hands on enough inventory and were overbuying to compensate – that’s put them in a tricky situation, as consumer spending has dropped, many have found themselves sitting on mountains of surplus inventory they can’t shift

“That’s where technology comes in. Inventory planning provides accurate replenishment recommendations based on years of purchasing data so you are never under or overbought on inventory.”