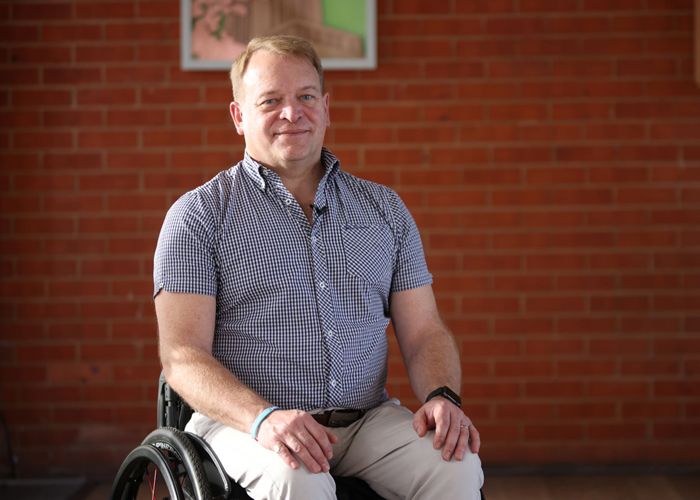 A SERIES of “fireside chats” – laid on by SSAFA, the Armed Forces charity – launches in Glasgow on September 15, giving an opportunity for the civilian, business, and military communities to network, socialise, and learn more about each other’s worlds.

Fireside chats, though a military tradition for generations, perhaps first came to the public’s attention by a series of evening radio addresses given by US President Franklin D. Roosevelt between 1933 and 1944.

SSAFA’s take on the tradition – at the Western Club, Royal Exchange Square, Glasgow – will begin with David Dent, a veteran and campaigner for disability in sports, leading the discussion. David’s experience has been wide ranging across business, clinical research, biotech, pharmaceuticals, charities, military, and education. He is a diversity champion and has taken part in several nation and international inclusivity initiatives in the commercial world and academia.

Organiser Allan Steele, SSAFA’s Corporate and Special Events Officer, said: “SSAFA has been serving those who serve for 137 years, It is volunteer led and its services are largely volunteer delivered. SSAFA exists to promote independence and dignity to those who serve in our Armed Forces, those who have served, and the families who support them.”

“These fireside chats will be a great way to increase awareness of SSAFA’s and to show how the military, business, and civilian worlds can benefit each other.”

Allan added that while attendance at the event – put on with the support of Daniele Tuveri Financial Solutions, Waitrose, and Glaschu Restaurant & Bar – is free, donations from those attending will be welcomed.

To reserve a place at what promises to be a novel and enlightening series of events,email allan.steele@ssafa.org.uk by 5pm on September 1, 2022.

September’s fireside chat is on the fifteenth of the month commencing at 6.30pm for a 7pm start at The Western Club, 32 Royal Exchange Square, Glasgow, G1 3AB.