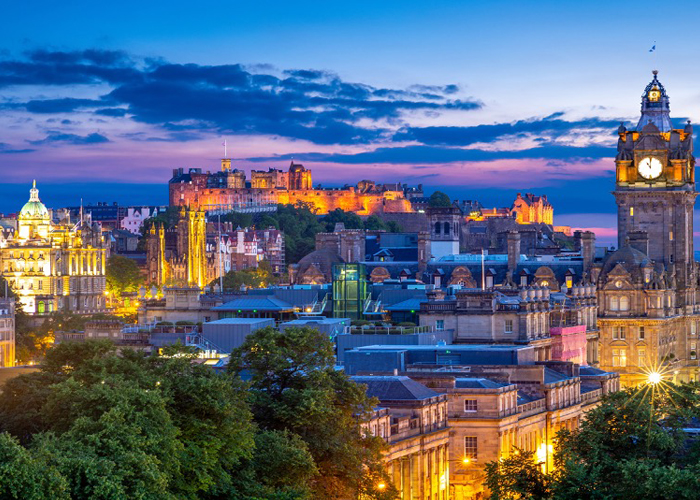 Encouragingly, with 789,275 sq ft worth of occupier requirements in the pipeline, Edinburgh is still in high demand. The flight to quality accommodation also remains within the Capital, with 35% of the space transacted in Q2 classified as Grade A.

The actual volume of deals remains in line with previously forecasted predictions, and with 13 occupiers within the city regearing over 187,000 sq ft, the city evidently still has appeal. Notable regears included Scottish Ministers’ 89,000 sq ft space at Silvan House and Skyscanner committing its future to Edinburgh’s Quartermile One by extending its lease.

The quarter’s largest deal was at Exchange Crescent, with Dukosi taking 12,000 sq ft in a deal that CBRE was involved with. Copenhagen Offshore Partners transacted 5,318 sq ft at the recently completed 10 George Street and Manor Estates has taken 5,073 sq ft at New Mart Place.

So far this year the highest level of activity has been recorded in the sub 5,000 sq ft market, with 56 deals equating to an 85% market share of all 2022 deals within the city.

Despite modest take-up figures for the second quarter of 2022, supply has still dropped significantly as some properties were withdrawn from the market for alternative uses. At the end of June, Edinburgh office supply sat at 1.83m sq ft, the lowest it has been in nine months. Furthermore, newly developed Grade A space remains at an absolute premium within the city centre of Edinburgh, with just 31,423 sq ft available – representing a vacancy rate of 0.17%.

This lack of prime office space within the city is putting pressure on rents. Current demand is pushing rents to £40.00 per sq ft, and this upward trend is expected to continue due to the lack of future development coming out of the ground. At present all under construction office space within Edinburgh has already fully pre-let.

Stewart Taylor, Senior Director, CBRE Edinburgh, said: “The recovery of the Edinburgh office market continues with take-up totalling 173,831 sq ft so far this year and a high level of demand remaining for the best possible space. The market has also seen an unprecedented level of regears as occupiers delay making a longer term commitment because of both uncertainty over future space needs and the lack of current Grade A availability.”

“The flight to quality, a national trend, has been heightened in Edinburgh by sharply diminishing supply and a limited pipeline. With occupiers increasingly focused on employee satisfaction and how the space contributes to their environmental targets, it’s the best buildings that have attracted the strongest interest with reduced focus on rent. Occupiers of scale know that to secure the best space they have to move quickly and early. Another factor placing upward pressure on new-build rents are rising build costs which will undoubtedly have an impact across the development pipeline in every market.”