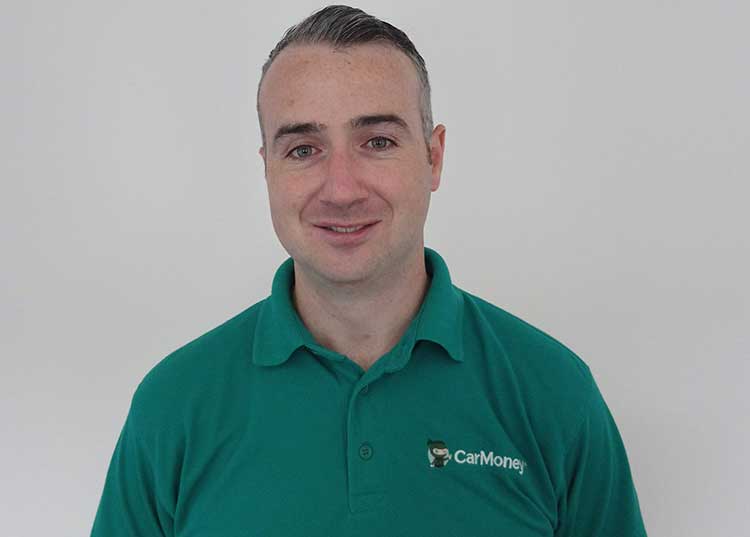 CarMoney, the rapidly-expanding Glasgow-based motor finance business, has strengthened its executive team with the appointment of Niall Cameron as General Manager of the Retail Team.

The used car finance broker, which was launched in 2016, employs 32 people and is finances 500 cars a month.

Niall has an outstanding pedigree in the car industry and joins CarMoney from Phoenix Honda, where he has spent the last eight years.

Niall said: “CarMoney has been an exciting new entrant to the vehicle sales market and it has very quickly made its mark. I could see the massive potential that the company contains and I am very excited to be part of that.

“Leading such a talented team will be a most welcome challenge for me and I feel that my dealership experience will help enhance the systems and processes to create for our guests an even more comprehensive and satisfying car buying experience.”

Niall spent the last four of his eight years at Phoenix Honda, now part of the Arnold Clark group, as Sales Manager in the Linwood dealership in charge of a sales team of eight executives and a business manager.

CarMoney Managing Director Alastair Grier said: “We are delighted to have been able to attract someone of the calibre of Niall Cameron to head our Retail side. He is a consummate car industry professional who shows remarkable dedication and commitment and who has a unique ability to inspire and lead a team.”

Based in the east end of Glasgow, CarMoney is divided into Retail and Dealer Teams. The Retail Team provides borrowers with a guaranteed funding package before they buy a car, thereby putting them in the best possible position to negotiate on price.

It secures funding for customers with Alphera, Hitachi Capital, Blue Motor Finance and Startline Motor Finance and other lenders. Its average Annual Percentage Rate (APR) on car finance is around half that of many of its competitors at 14.9 per cent.