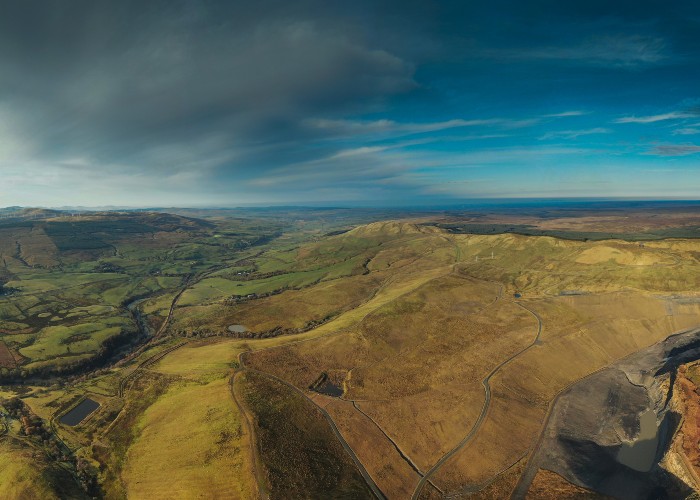 Buccleuch has today announced that it has reached a landmark deal for investment in the Glenmuckloch pumped storage hydro (“PSH”) and windfarm project in Dumfries and Galloway.

FORESIGHT Energy Infrastructure Partners (“FEIP”), Foresight Group’s flagship energy transition fund, is to invest in Glenmuckloch and will lease the site with the aim of bringing the project to fruition.

The project, located at the disused opencast coal mine near Kirkconnel, Scotland, will see the construction of a co-located 1,600 MWh capacity PSH plant and a 33.6 MW wind farm. The investment will enhance and aid the balancing of the UK power system enabling the integration of more renewable generation.

Once constructed, the PSH plant will have a 1,600 MWh storage capacity which can be delivered at a rate of 210 MW per hour providing 8 hours of storage capacity. Utilising two 105 MW reversible hydro-turbines, the site will store power during periods of excess energy supply and release stored energy at times of peak demand. The co-located wind farm will comprise of 8 x 4.2 MW turbines and will have the ability, via a direct connection, to power the PSH plant.

The deal marks the culmination of Buccleuch’s day-to-day involvement in the project, although the company will retain ownership of land at Glenmuckloch.

After the collapse of mining operator ATH Resources in 2013, Buccleuch worked tirelessly to avert a potential environmental calamity at the site and in conjunction with a range of partners, has restored the site and then planned a long-term future for Glenmuckloch that should provide social, economic and environmental benefits for decades to come.

Benny Higgins, executive chairman of Buccleuch said: “Buccleuch has long spoken of the immense potential for a PSH and windfarm project at Glenmuckloch, a project which has been wholly privately funded. The project could have an incredibly positive impact on local communities, and also at a national level as we face the climate crisis. I am delighted that we have reached a deal with Foresight, who will take the projects forward onto the next steps and, ultimately, to energy generation. Our appreciation goes to local communities and stakeholders who have supported us over the last decade and allowed us to get the project to a stage where it can enter its next phase.”