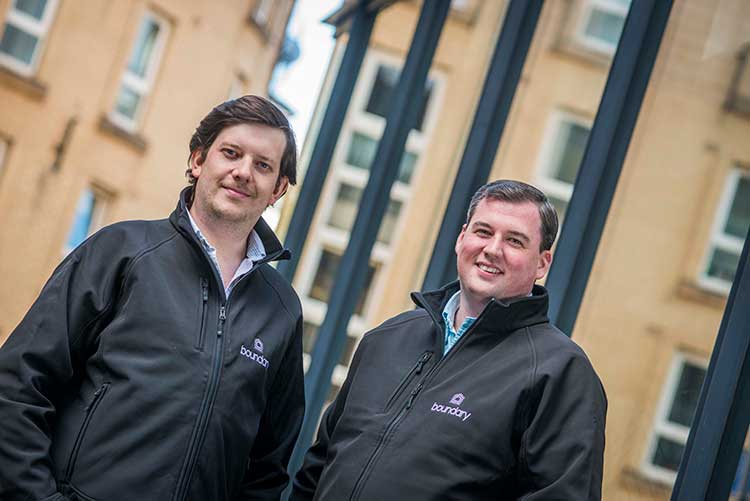 Boundary is the invention of Robin Knox and Paul Walton, the entrepreneurs behind IntelligentPOS, which was acquired by iZettle in 2016 and subsequently sold to PayPal for £1.6 billion.

With the funding, Boundary intends to open up several highly skilled new jobs in software development, customer support and marketing.

The funding will also be used to finalise the product’s development, ensuring it is ready in time for Boundary’s official commercial launch in 2020.

The funding comes hot on the heels of Boundary’s successful crowdfunding campaign on Kickstarter, which saw the firm reach its £50,000 target in less than 48-hours.

The funding from this campaign is being used to certify Boundary’s product to the British and European standards for intruder alarms.

Robin Knox, co-founder and CEO of Boundary, said: “We are absolutely delighted to have received funding support from Equity Gap and the Scottish Investment Bank. This has come at a crucial time as we move towards our official launch next year.

“We are always eager to support Scotland’s thriving tech scene and this cash injection will enable us to do just that by creating numerous tech roles in Edinburgh. We fully believe that our accessible, affordable smart home alarm will make waves within the UK’s home security market.”

He continued: “We were immensely pleased with the success of our Kickstarter campaign back in June. The support we received gave us the validation we were looking for that our product is something that people want and need.”

Fraser Lusty, Director at Equity Gap, said: “Equity Gap are delighted to be investing in Boundary, we have known Robin and Paul for some time and of their previous successes. They have developed a consumer focussed, digitally smart next generation security system and business model for a market ripe for disruption. Their customer acquisition, and service, skills are a big factor in our involvement and we look forward to working with the team through the launch phase.”