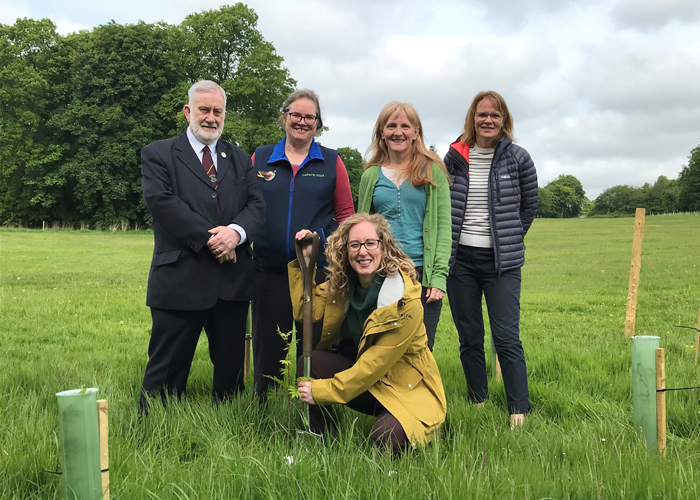 PROJECTS that support biodiversity and improve the health and wellbeing of local communities are set to benefit from further funding.

All local authorities, plus Scotland’s two National Parks, will receive a share of £6.5 million directly from the Scottish Government’s Edinburgh Process Fund – the second stream of the £65 million annual Nature Restoration Fund.

£5 million has been allocated to local authorities to deliver projects that support the priority aims of the Fund: habitat and species restoration, freshwater restoration, coastal and marine protection and eradication of non-native species.

Councils can also apply to top up their direct allocation from a £1.5 million pot  to deliver larger scale, multi-year nature restoration projects.

Biodiversity Minister Lorna Slater visited Howden Park in West Lothian to see how previous allocations from the Nature Restoration Fund have helped the local council to improve the biodiversity, connectivity and climate resilience of the popular park. Ms Slater said:

“The Scottish Government is committed to tackling the twin crises of biodiversity loss and climate change, both at home and abroad.”

“Connecting people with nature, in urban and rural areas, brings so many benefits in terms of health and wellbeing. Improving our more green spaces will enable people to enjoy spending time outdoors and care for the natural environment on their doorstep.”

“The Edinburgh Process Fund will play a critical role in supporting local authorities to restore nature in their area, through things like creating wildflower habitats in parks to restoring floodplains around rivers and expanding native woodland. Projects will be delivered by local government and their partners, who are well placed to direct investment to the projects that will make the most difference for nature and benefit communities”

“The Fund builds on the Edinburgh Process which has established our commitment and reputation as leaders on the natural environment. It has provided a platform establishing the central role of subnational governments, cities and local authorities in delivering for biodiversity. We will continue to drive the Edinburgh Process forward through to COP15 later this year.”

“We are delighted that the Scottish Government’s Nature Restoration Fund has been able to allocate funding to local authorities through the Edinburgh Process Fund. Local authorities have an important role to play in tackling the nature and climate crises, and are very well placed to identify nature restoration priorities at a local scale.”