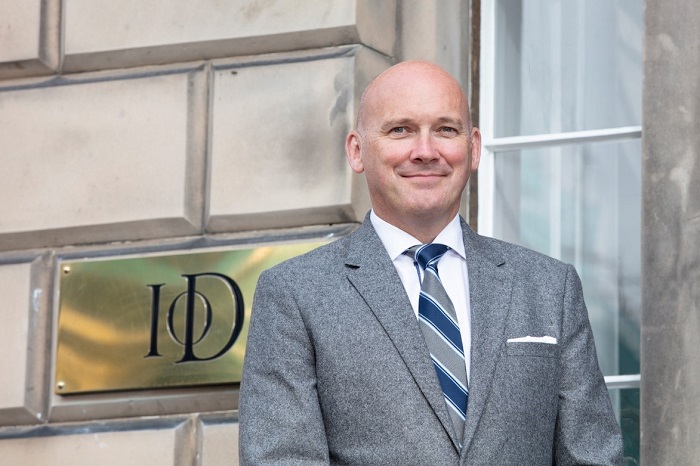 Drawing together heat winners from across all parts of the country, the grand final revealed the UK champions in categories such as Public Sector, Start-up, and Non-Executive Director. Judges included UK Broadband’s MD Rosalind Singleton and Helen Stephenson, chief executive of the Charities Commission.

Commenting on the two award winners from Scotland, the judging panel, said Pauline Howie OBE is: “An extremely strong application from a director leading a critical national service. Pauline is professional, ethical and fiercely independent in her approach to strengthening her own and others skills, enabling space to push the agenda outside of what is capable within her own sphere. The description of Pauline’s 2020 goals was clear, well balanced and accessible for stakeholders, staff and the public. This is impressive and best in class.”

The judging panel also commented: “Robin Watson has demonstrated strong stakeholder relationships along with the high level of trust and confidence placed in the organisation. Robin has a strong vision to drive and succeed ensuring all stakeholders are involved and on board. He has implemented a diversified board with strong leadership.”

Another big winner today was Linda Pollard, chair of Leeds Teaching Hospitals NHS Trust, who was awarded the Neville Bain Memorial Award for Director and Board Practice.

Pollard was recognised for turning around the £1.4bn revenue for the Trust, taking it out of special measures, improving core services and gaining an ‘Outstanding’ rating for use of resources. IoD Director General Jonathan Geldart said that Pollard represented “a prime example of the importance of good governance in the public and private sectors alike”.

Speaking about the Scottish winners, Malcolm Cannon, National Director, Institute of Directors Scotland, commented: “In a challenging business environment, taking time to recognise excellence, hard work and passion is vitally important. There is no doubt that the future will bring more obstacles for businesses and their leaders to overcome, however, it is inspiring to see the efforts made by Pauline and Robin be recognised at a national level. Having a clear vision whilst being true to yourself as a leader is integral and I commend the efforts that both recipients have made – and will no doubt continue to make – within their organisations.”

Jonathan Geldart, Director General of the Institute of Directors, said: “I would like to congratulate all of our Award winners, each of whom have shown dedication, ingenuity, and leadership, inspiring those around them. Better directors make for better businesses, which is to the benefit of the economy and society as a whole. The judges had a tough job on their hands picking the first among equals, with all of our finalists standing as beacons of excellence from every corner of the UK.

“It is undoubtedly a challenging time to be a director, making the achievements of our winners all the more impressive. The IoD is here to support leaders through the turbulence, but equally we think it is crucial to shine the spotlight on those who continue to raise the bar for British business despite the circumstances.”