The latest aspiring young Scot to win the Thomas Blake Glover Aberdeen Standard Investments Scholarship jetted out to Japan earlier this month, on the 10th anniversary of the global asset managers’ sponsorship that has enabled students and graduates to develop language skills and build connections for their careers.

Thomas Blake Glover Aberdeen Standard Investments Scholarship winner Daniel Robertson (31), who is spending the summer in Japan on the intensive study trip, has aspirations to live and work in the country.

Daniel, a masters degree graduate in International Development from the University of Edinburgh, who lives in the Scottish capital, said: “I’m at the International Christian University’s summer school, studying and speaking Japanese and it’s an incredibly busy and exciting time.

“I’m aiming to make the most of my time there and represent Scotland by studying hard, meeting people from all over the world, and exploring development organisations to try to progress my career. One of my long-term aims is to live and work in Japan, so studying the Japanese language intensively over the summer will lay a strong foundation for that.”

Daniel is the 11th young Scot to make the trip, thanks to sponsorship from Aberdeen Standard Investments.

The 2018 recipient was Alex Donald, who, just like Thomas Blake Glover, set off on an adventure of discovery from the Granite City to Japan. It was the first time the University of Aberdeen psychology student had been overseas and he enjoyed it so much so that he was seriously considering returning to study for his PhD there, after his masters.

Alex said: “I was amazed at how safe it feels at night, the way everyone is extremely polite and very welcoming. I really want to go back in the future, and I am talking to Japanese academics, as well as ones in Scotland, about options for my PhD. This was my first time travelling outside the UK and it was a complete eye opener, the best experience I have had.”

In 2010, the calibre of applicants was so high that two scholarships were awarded – to Dingwall-born Carolyn Ruxton who was studying architecture at Robert Gordon University in Aberdeen and Glaswegian Lloyd Conaghan, then a student of psychology, business and management and economic and social history.

This summer’s scholarship runs during July and August at the International Christian University (ICU), a highly accredited institution located in Mitaka City, a suburban community adjacent to Tokyo.

Before his departure, Daniel worked on his Japanese language skills, and had conversations with charities and agencies including WaterAid, the Japan Water Works Association and the Japan International Cooperation Agency with the view to meeting with them during his trip.

A short stay with friends in Japan sparked Daniel’s love of the nation’s culture and traditions and on returning to Scotland, Daniel took up evening classes to learn Japanese.  His scholarship will enable him to explore the country in some depth and be immersed in a different way of life. Japan widely regarded as a world leader in the field of international development, Daniel’s desired career route.

Daniel added: “The scholarship allows time at the end of the summer to visit organisations of interest, do some networking, or even job-shadow. I plan to use this time to target organisations or universities working in the international development sector, to gain an understanding of how Japan approaches development work. I’m hoping that through relevant contacts I may even find some direct work opportunities.

“I’m looking forward to some holiday time at the end of it too. I’m aiming to travel up north to lesser-known parts of Japan such as Aomori and Hokkaido – inspired by books and anime – where I might find some beautiful landscapes and relief from the sweltering summer heat.

“Extended experiences abroad – particularly when learning a foreign language – are transformative and really help you to grow as person. I hope to gain a more rounded understanding of Japanese culture and history, while putting myself in a stronger position to tackle the future both personally and in my career.”

Daniel was one of almost 40 students and graduates in Scotland who applied for this year’s Thomas Blake Glover Aberdeen Standard Investments Scholarship.

Aberdeenshire-born Glover arrived in Nagasaki in 1859 just as Japan was opening to the West. He ultimately became a pivotal figure in the rapidly expanding Mitsubishi empire, founding shipyards and breweries.

The so-called Scottish Samurai became an adviser to the Japanese government and arranged for many Japanese to visit the UK to see the pioneers of the Industrial Revolution.

He died aged 73 in 1911 in Tokyo, and was the first non-Japanese person to be awarded the Order of the Rising Sun.

His home in Nagasaki is a major tourism attraction that draws in almost two million visitors a year. The scholarship provides the opportunity to learn about business and culture in the hope of further improving Scotland’s historic links with Japan. 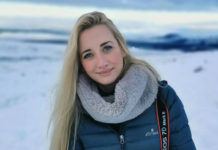 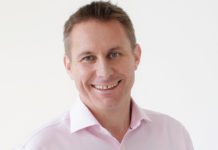 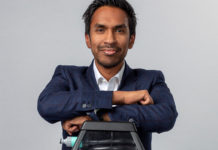 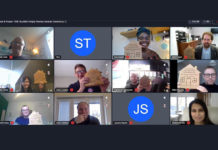 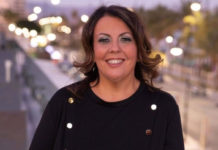 Women in Tech Award triumph for Scottish IT director 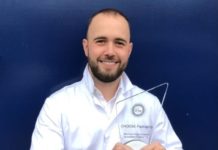