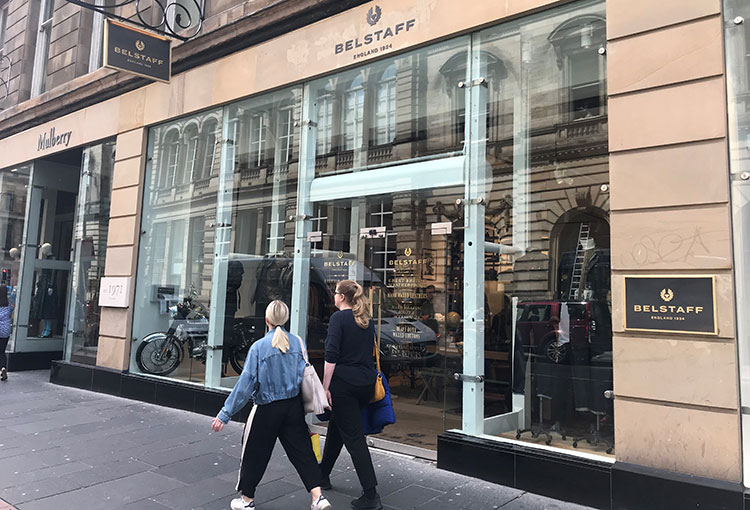 Belstaff, the iconic British outerwear designer, has opened its doors to the public in Glasgow today, Friday 12th July, following the signing of a new 10-year lease at £105,000 per annum for Unit Two 197-207 Ingram Street. Savills advised the landlord, UK Estates Ltd.

John Menzies, director in the retail agency team at Savills Glasgow, comments: “Ingram Street is proving the place to be for luxury retailers. Its location, which sits between the affluent Merchant City and Buchanan Street, is emerging as Glasgow’s new upmarket destination for shoppers as the high end retail cluster and cost effective rents continues to attract and retain popular brands.”