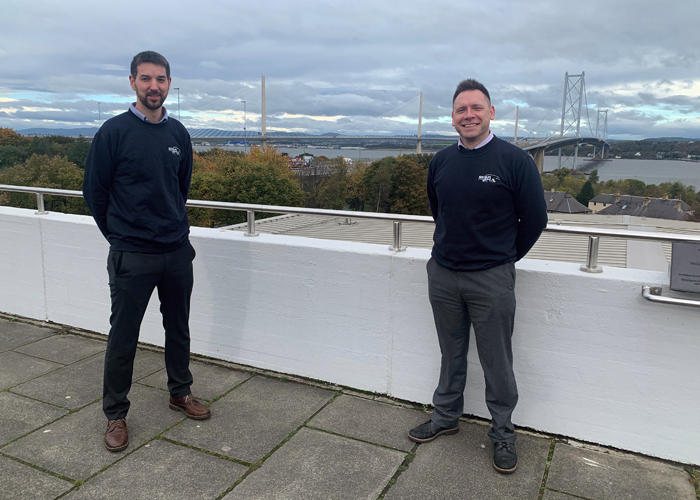 The South East Unit covers 314 miles of trunk roads through some of the busiest sections of the country, from central Scotland to through the Scottish Borders. It includes 757 bridges and structures including the iconic Queensferry Crossing and Forth Road Bridge, as well as other major bridges such as the Kincardine Bridge and Clackmannanshire Bridge.

David Bishop has joined BEAR Scotland to take on the role of Major Bridges Manager – Forth Road Bridge and Clackmannanshire Bridge while James Petrie has taken on the position of Network Bridges Manager, effectively overseeing the maintenance and management of the 753 non-major bridges within the South East trunk road network.

Chris Tracey, BEAR Scotland SE Unit Bridges Manager says: “It is our job to ensure the safety and efficient operation of the bridges which form a key part of the country’s transport network whilst minimising disruption to users, local communities, and the effect on the environment.

“These key appointments strengthen our capability in delivering innovation for assessment, design and supervision for the construction of complex maintenance and refurbishment projects. David and James bring a wealth of impressive experience.”

Between them they have 30 years’ experience in the industry. James has previously undertaken lead design roles on large Scottish transport infrastructure projects including the M74 Completion, Queensferry Crossing (approach networks) and the recently opened, A9 Dualling from Luncarty to Pass of Birnam.

David has worked on major bridges throughout the UK including the M48 Severn Bridge, Humber suspension bridge and multiple new major bridges constructed for the new Aberdeen bypass. David also previously worked on the Forth Road Bridge between 2009 and 2013.