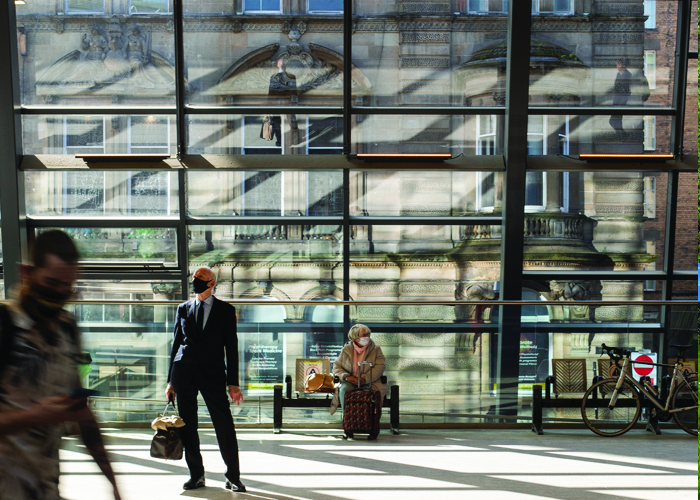 GLASGOW Queen Street Station and the University of Strathclyde Learning and Teaching Building, both designed by BDP’s Glasgow studio, have been shortlisted in separate categories of this year’s Scottish Design Awards.

The transformation of Scotland’s third-busiest rail hub from a run-down collection of outdated extensions into a soaring contemporary concourse that celebrates the station’s Victorian heritage, has been nominated in the ‘Public Building’ category, while the refurbishment of two existing buildings to form new teaching spaces, lecture theatre, Student union and support services, has been shortlisted in the ‘Retrofit’ category.

And Ed Dymock, Architect Associate, BDP, said: “Since 1878, James Carswell’s original train shed has been hidden away at the heart of Queen Street, but the southern extension of the platforms gave us the opportunity to open up the views, work with volume and scale and allow the station to play a civic role within the city.”

Martin Jarvie, Architect Associate, BDP, said: “We are delighted to be nominated for these awards. At Strathclyde University the decision to transform the existing buildings rather than a new-build project has substantial sustainable benefits.  Our Sustainability Team compared the embodied carbon of the adaptive re-use of the existing building structure to a notional new build equivalent and demonstrated that the project saved around 67% of CO2e.”

The winners of the Scottish Design Awards will be announced on 29 June.