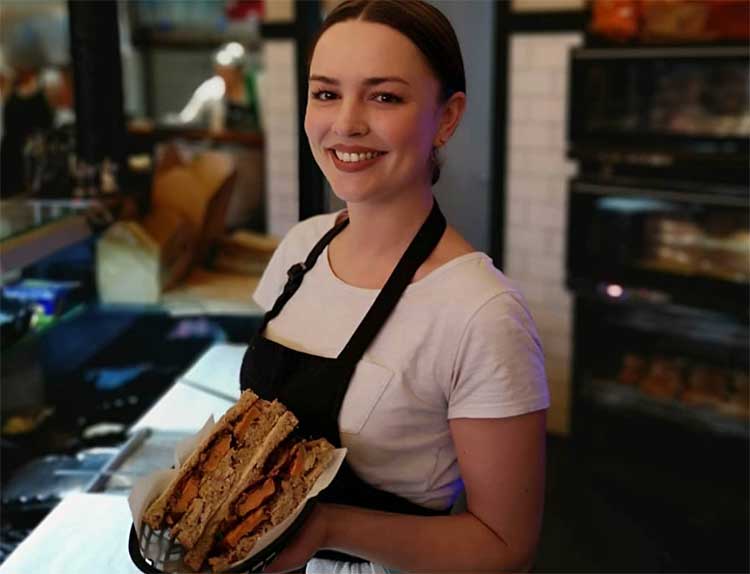 Independent gourmet sandwich makers, Piece, has opened its newest and biggest premises yet by taking space in Maxim Park.

Maxim Park is Scotland’s largest business park and is situated on the M8 motorway.

Piece has won multiple awards for its sandwiches, soups and coffee and has six premises across Glasgow.

“This is Piece number seven and it’s really exciting for us,” said co-owner and director John Moore. “The site is fantastic and this will be our biggest venue to date. It has more seats, more space, it’s a very big deal for us.

“One of the reasons we are so excited is the landlords. They have been fantastic from the beginning. They have big plans for the park, they are keen to try something different and have been really welcoming.

“There is a big community of people already working at the park and with so much planned for the future we can’t wait to get in and get started. It’s going to be full whack – Piece turned up to 11.”

The move is further sign of changes being introduced at Maxim following a £38million buy-out in October 2018 by Shelborn Asset Management.

Ground-breaking immunotherapy research group, TC Biopharm, extended its premises at the park in March 2019, the same month support centre specialist Sitel (UK) agreed to lease almost 60,000 square feet across the Maxim 10 building on a ten-year lease, bringing up to 800 employees on site.

Maxim Park, which is a half hour drive from both Glasgow and Edinburgh Airports, also includes a nursery, recreation spaces and counts the boutique Dakota Hotel chain among its near-neighbours. The addition of Piece signals the latest phase in its redevelopment under the new owners.

“We are delighted to welcome Piece as a new tenant,” said Mark Rabinowitz, director at Shelborn Asset Management. “Piece has built a fantastic reputation as one of Scotland’s best food outlets and its arrival is very exciting news for the park and our existing tenants.

“This is the latest in a number of plans we have for Maxim Park as we look to continue to build its reputation as the number one destination for any occupiers looking outside Glasgow.

“Our aim is to make Maxim Park the foremost office park in Scotland and the arrival of Piece helps set it apart from the competition.”