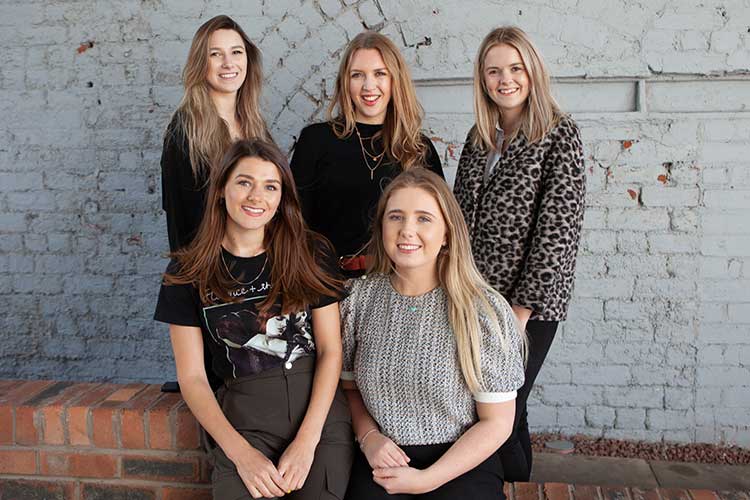 An Edinburgh public relations firm has recruited two members of staff from rival agencies as it eyes continued growth.

Holyrood PR has added Toni Dowling and Emma Lourie to its ranks, with the pair bringing experience across a wide range of corporate, consumer and digital-led accounts.

Emma, who joins as a PR Assistant, also graduated from QMU, having completed the PR, Marketing and Events degree. During her studies she enjoyed a month-long placement at Holyrood PR. She has now joined the company full-time from a role at another Edinburgh agency, Muckle Media.

Chris Fairbairn, Account Director, said: “Since first meeting Toni at an event while she was still a student, she has flourished.  She achieved her first-class honours and gained experience working at a top agency. It’s a real coup for us to land her and we’re delighted.

“Emma was a star of our work placement programme. We knew she was a great fit with our team already, so her name was the first to be mentioned when we had a role to fill.”

The recruitment of Toni and Emma has coincided with promotions for three of Holyrood PR’s key team-members, Catriona Conway-Mortimer to Account Manager and Cat Quinn to Senior Account Executive alongside Digital Account Executive Angie Muzyka.

Chris added: “Catriona, Cat and Angie have stepped up and delivered after being handed an extra level of responsibility.  They are thriving at the agency and helping foster a real culture of excellence.

“Crucially, they are the embodiment of our accelerated development programme, as all of them originally started with us during one-month placements. Their progress since then has been remarkable and I hope they will continue to strive and advance with us.”

The agency, founded in 2002 by Directors, Scott Douglas and Raymond Notarangelo, represents clients including Bield, CALA Homes, Scottish Water, Mackie’s of Scotland and Royal College of Surgeons of Edinburgh.

Earlier this year – and in response to surging demand for video services – Holyrood PR expanded its in-house video services with the double-appointment of videographers Elisabeth Richardson and Hannah Bingham.

The in-house video services offered by Holyrood PR – including drone filming – are among the agency’s fastest-growing services.

Holyrood PR specialises in helping businesses to tell their stories to the widest possible audience, which as a fully-integrated agency includes everything from traditional media, video production and social media and content marketing.