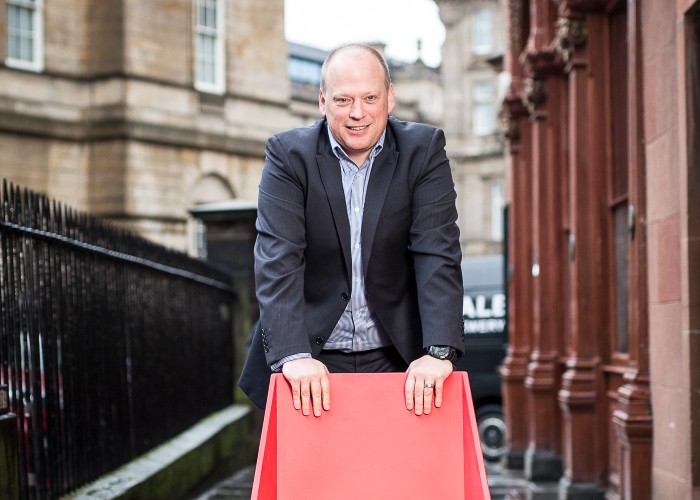 TECHNOLOGY company AND Digital, has today launched its Fuelling Growth in an Age of Data report which explores the changing attitudes among business leaders to data driven growth in the UK.

Part of the report’s research was conducted with business decision makers from across Edinburgh. It found that over three quarters (76%) of business leaders in the city have experienced anxiety over challenges relating to data, with nearly a third (32%) also stating that they lack the in-house skills to make more use of data to fuel growth.

Accessing the right talent to exploit opportunities from data was another major theme highlighted in the report. 68% of respondents acknowledged the need for greater data skills to help improve their business’ growth. In addition, 40% said they are concerned about the costs required to train and equip their people with the right data skills, such as data analytics, data platforms, data engineering and data science/AI/ML.

Dave Livesey, Club Executive for AND Digital’s Club Somerville in Edinburgh, said: “In times of great uncertainty, it’s actually the ability to quickly consolidate business opportunities and processes into software and data that has supported many businesses in making the pivotal decisions that will shape their fortunes for many years to come. This fact is highlighted in our latest report with the large majority 72% of Edinburgh’s business decision makers telling us that putting data at the heart of their business strategy and plans has become even more important in the last 18 months.

“However, as well as the importance of data, the report also reminds us of the important role that people continue to play in an increasingly data driven economy – after all, technology alone can only take us so far. In an age where growth will be fuelled by the effective understanding, use and application of data, it’s vital that businesses do everything they can now to nurture and invest in an in-house talent strategy, placing data at the heart of business operations and opportunities. Those that make the necessary investments in talent now will gain huge competitive advantages in the near future. It’s with this challenge in mind that AND Digital has set itself the mission of directly improving the digital skills and knowledge of 200,000 people by 2025.”

Other barriers to using data

As well as lacking the necessary skills to leverage data driven opportunities and growth, 46% said that data security was their biggest barrier to becoming more data driven, with a further 40% highlighting the cost implications to their business. Unsurprisingly, anxieties around data compliance and regulation were seen as barriers to for well over a third (36%) of decision makers.

In addition, nearly three quarters (74%) of respondents admit they lack the right technology to be considered data-centric, with nearly a quarter (24%) saying they lack the time to implement the new tech needed to drive the use of data in their business.

For the Edinburgh economy there was some positive news with 68% of respondents saying their business currently has a data strategy in place. Similarly, a further 68% also agreed that the use of data is at the core of their organisation’s operations and decision making.

However, some room for improvement was highlighted, with a small number of respondents (18%) stating that their executive team has a poor understanding of the data opportunity.

A full analysis of the results of the research for the whole of the UK can be found in the AND Digital report ‘Fuelling growth in an Age of Data’ – available here.