Almost half of UK employees most worried about monthly bills, cost of living survey reveals 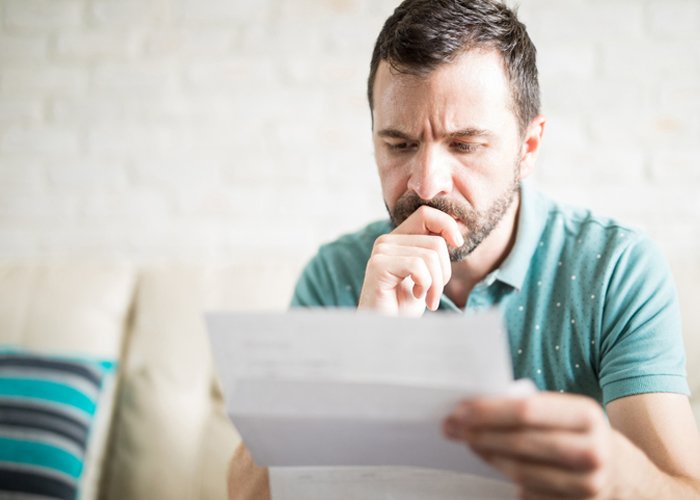 MONTHLY bills are the biggest financial concern for Brits on any salary, according to new research from the finance experts at money.co.uk. However, while no one is free from the impact of rising costs, are those with lower salaries being impacted more than others?

As part of their cost-of-living statistics report, the finance experts at money.co.uk sought to investigate the current biggest financial concerns across different wage brackets, as a result of the cost-of-living crisis. To do this, they looked into factors including people’s main financial struggles, the average price increases in grocery shops and bills, and how people are adapting to cope with surging prices.

According to the cost-of-living statistics report by money.co.uk, across all wage brackets, monthly bills such as water, gas and electricity, pose the biggest financial concern to Brits.

Those on less than £15,000 are especially worried with paying for groceries and monthly bills. Almost half (48.09%) are stressed about paying their monthly bills, the second highest percentage analysed. 1 in 8 (13.66%) struggle to pay for their groceries, the most of any wage bracket. However, the average price increase for groceries since last year, £19.82, is the smallest analysed. Those on over £55,000 had the largest increase at £28.87, but only 7.32% are concerned about their grocery bill.

Those on £25,001 – £35,000 are most worried about paying their monthly bills (50%) of all wage brackets. This is particularly seen in the education sector, where 54.95% have monthly bills as their main concern. To cut costs, 37.63% have actively used less energy to afford bills. This wage group was also the most emotionally affected by the cost-of-living, with almost half (48.39%) having their mental health worsen.

Despite having experienced the least impact on their mental health compared to other wage brackets, 2 in 5 (42.68%) people earning over £55,000 have been still somewhat affected. No other group is as concerned about mortgage payments, which 18.29% of the highest earners are most worried about. Almost 1 in 5 (18.29%) have relied more on credit cards to pay their bills, and 1 in 4 (25.61%) have had to take money from their savings to cope with rising prices.

1 in 10 (10.98%) of those earning over £55,000 have relied on a payday loan to pay everyday bills in the last year. Despite being the most likely to not make adjustments for the cost of living (15.85%) and to claim no government benefits (74.39%), they are still just 5.71% less impacted by the cost-of-living crisis than those earning £25,001 – £35,000. This suggests that, although the financial burden of the cost-of-living crisis is imbalanced across salaries, the emotional difficulties are more universal.

James Andrews, financial expert at Money.co.uk, gives guidance on what to do if you’re unable to pay a bill.

“As ever more people are becoming concerned with how they’re going to pay their bills every month, it’s important to know what steps you can take if you do find yourself unable to make a payment.

·       “Don’t ignore the problem. Being unable to pay a bill is stressful, but the problem can escalate if you don’t tackle it sooner rather than later. Rather than bury your head in the sand, make contact with the company that sent the bill – they’re likely to be more understanding if you’re upfront and honest about your circumstances.

·       “Prioritise housing and council tax. No one wants to miss a bill, but failing to keep up with your rent, mortgage or other debt payments secured on your home can see you evicted. That makes these bills a priority. Council tax is the only bill you can be imprisoned for failing to pay – so that’s another bill you need to pay attention to.

·       “Keep paying what you can, if you can. Even if you can’t pay off the entire bill, paying what you can will demonstrate that you are committed to clearing the balance eventually. This will also reduce the amount you owe, and therefore mitigate any increases on the bill if interest builds on the outstanding balance.

·       “Get help. If you’re struggling to control your finances, there are several not-for-profit organisations that can consider your personal circumstances and offer you free, bespoke advice. StepChange, National Debtline or CCCS are all dependable examples.”