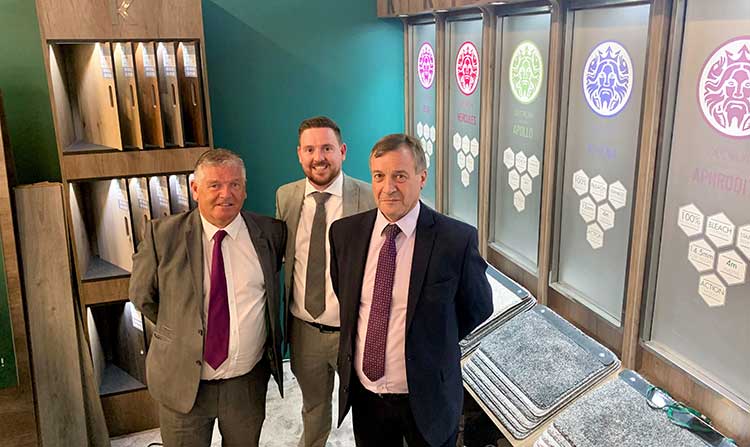 A flooring wholesale company is expanding into Scotland following the acquisition of a family-run firm which has been trading for over 40 years.

It forms part of Kellars rapid growth strategy which has seen it rise from supplying flooring to just a handful of customers in the Greater Manchester area only 12 months ago, to now being one of the largest independent wholesalers in the UK.

The acquisition of FDL is enabling Kellars to target the Scottish flooring market. As well as employing the 11 staff who worked for FDL, the company is also taking over FDL’s 15,000 square feet warehouse in Rutherglen, opposite Shawfield Stadium in Glasgow.

This will be used as a hub to distribute products sold by Kellars to flooring retailers, trade customers and other flooring partners. The products include carpets, laminate, artificial grass and flooring accessories such as underlay, trims and adhesives.

Bobby Gilhooly, Kellars’ Senior Sales Manager for Scotland, said: “Kellars is undergoing accelerated growth and this acquisition of a well-known company which has been trading in Scotland for over 40 years will enable us to continue our expansion.

“It will open up a new market in Scotland, enabling us to cover the whole country and offering next day delivery to 90% of our trade and retail customers.”

In 2018, Kellars, which has its head office in Stockport, was supplying flooring to just a handful of customers in the Greater Manchester area. But a private investment enabled the company to expand rapidly and it is now distributing flooring across the north and as far down as the Midlands, with further growth planned.

Bobby, who leads a team of 15 in Scotland, added: “We are unknown in Scotland and face fierce competition, but I personally have worked in the flooring industry for over ten years and have employed 3 experienced sales professionals to help us overcome obstacles and ensure success. Some of the staff who have joined us from FDL have over 22 years’ experience.

“This gives us a great starting point and we are backed by a company which invests in its staff, products, fleet and infrastructure, so we’re excited about what the future holds for us in Scotland and we are looking forward to making our own contribution to the Scottish economy.”