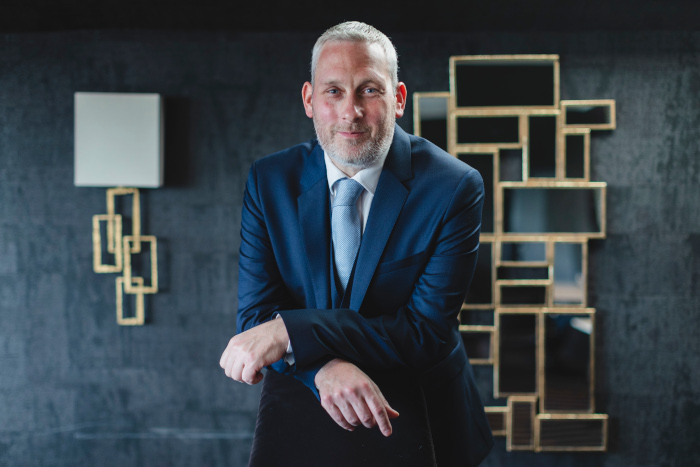 Graham Wood, owner of The Chester Hotel and the mastermind behind the Signature Fine Dining Festival.

GENEROUS foodies who descended on Aberdeen to experience the culinary creations of award-winning chefs have helped ensure that critically ill babies in the city’s neonatal unit will continue to have access to some of the best medical care in the country.

Diners at Signature Fine Dining Festival, which took place in November at The Chester Hotel, have covered the costs of a high-level training course for nurses at Aberdeen Maternity Hospital.

One of the key objectives of the four-month programme to transform best practice is to establish the unit as a centre for excellence in neonatal and family-centred care within NHS Scotland.

In addition to covering the costs of programme delivery, the £156,000 donation will pay for two ventilators and an ultrasound scanner for the unit, which is for premature and seriously ill babies.

As well as paying for tickets to attend dinners staged by Michelin-starred chefs including Phil Howard, Daniel Clifford, Glynn Purnell and Martin Wishart, guests were also able to contribute by bidding on auction items.

While the majority of money raised from the 13-day festival went to Friends of the Neonatal Unit, a further £29,000 was donated to The Parkinson’s Cure Trust to support the fund-raising efforts of guest chef Martin Wishart.

He recently completed a 3,500-mile Atlantic sailing challenge, setting out just days after serving up a stellar menu at Signature. He has raised over £65,000 for the charity, which he wanted to support after witnessing first-hand the impact this debilitating disease has had on his mother.

Graham Wood, owner of The Chester Hotel and the man behind Signature, said he was delighted that the event was once again making a difference for good causes.

He added: “The award-winning Signature festival has become a highlight in the annual calendar of fine dining fans and while the primary aim is to help put Aberdeen on the map as a destination for foodies – and bring some of the nation’s top culinary talent on a rare visit to the northeast – it is incredibly satisfying that it can be used to support such worthwhile causes.

“While we were able to gather together to enjoy exquisite food and wine and the company of family and friends, it is important to remember that some families who are looking after sick children and caring for loved ones do not have that luxury. Therefore, I feel incredibly honoured to make these donations on behalf of Signature.

“I’d also like to thank all of our guests and sponsors for such generosity and, of course, chefs who travelled from all over the country and presented such fantastic menus. Without them and their passion for the event, Signature simply wouldn’t happen.”

In the three years since its inception, Signature has generated over £500,000 for good causes in the northeast and beyond. Signature will return in 2020: further information about the chef line-up and tickets will appear on the website www.signaturefoodfestival.co.uk