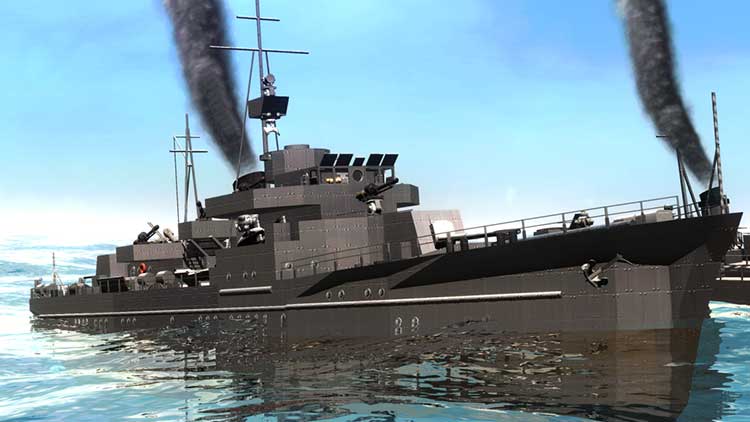 Scotland’s newest gaming studio has officially launched its first full game as ‘From The Depths’ makes its long-awaited debut on 26th September.

Aberdeen native, Nick Smart is the brain-child behind the game which has already pre-sold 300,000 copies.

The game which sees players build their ultimate war machine from a submarine to a spaceship, bringing epic battles on land, sea and space has been in early development for a number of years but will now have its first full release in late September.

‘From The Depths’ boasts impressive longevity, with the average game time around 63 hours of playing, which places it considerably above the majority of games on the Steam platform.

The company is now looking to build on the rich history Scotland has as a game developing nation by becoming the next big title Scotland can add to its list.

“Any game developer will tell you that creating, and coding needs to be a labour of love in order to get through the tens of thousands of hours spent building something like this, and ‘From The Depths’ was certainly no exception.

“I actually counted up a few weeks ago how many variations of the game we went through in order to perfect it for the full release – it was 826 versions.

“It is a highly detailed and creative game that is based on building and battling, these features of the game makes it difficult to compare with any others. It is a strategic game, and the feedback from players has been that they like the fact the game has such a long shelf life compared to others.”

‘From The Depths’ has already established a huge online following, with user generated content and ideas being constantly fed into the game. Over 15,000 vehicles have been created and shared online by players with over 600 different planetary environments built.

It already has over 4,000 reviews on Steam with an 88% positive review score, placing it alongside blockbuster hits such as GTA and FIFA.

The full release will further enhance the game’s capabilities with larger battles, stronger graphics and a faster frame rate.

Discussing the game further Nick added: “From The Depths’ is an engineering creative builder where you build a war machine using over 1,000 different components and then fight to defeat your enemies.

“This game is really unlike any other on the market just now. The real-life physics and engineering aspects to this game make it hugely unique. Building a submarine in the game mirrors the processes of real life. The basic principles are transferable, so players are actually learning valuable skills whilst playing ‘From The Depths.’

“Because of this as well we have seen some like for like replicas of battles from history. People have built incredibly realistic versions of the Titanic, World War II battle ships and even 16th century Spanish Armada navy vessels.

“During the early access of the game we got 300,000 people buying and testing the game, so we have really perfected this over the last few years to make it the best game in its genre.”