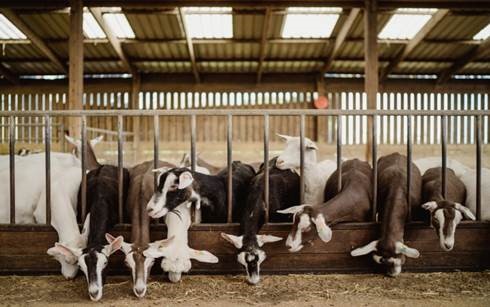 ERRINGTON Cheese has won Best Scottish Cheese and Gold for their Corra Linn at the World Cheese Awards in Bergamo, Italy.

Of the record-breaking 3,804 cheese entries at this year’s World Cheese Awards, Errington Cheese came out on top as Best Scottish Cheese for their Corra Linn and also won Gold. Silver for Wee Welston as well as winning Bronze for their Elrick Log and Goats Curd.

Errington Cheese, who are a small family-run farm and cheese company from Carnwath, South Lanarkshire, are ecstatic over the win at the global event and are delighted that their hard work and determination has paid off.

Corra Linn was first produced by Errington Cheese in 2008 as the solution to a problem of having a surplus of sheep’s milk in the spring and early summer.  Now being recognised as the Best Cheese in Scotland, director of Errington Cheese, Selina Cairns commented: “We could not be any more pleased with what we have managed to achieve at this year’s World Cheese Awards. After a few setbacks, we have managed to come back bigger and better than ever. We care about our craft and will continue to serve our customers high quality cheeses for many years to come.”

The World Cheese Awards has been bringing cheesemakers, retailers, buyers and consumers of cheese together for over three decades.

The awards, visiting Italy for the first time and the judging of cheeses from over 42 countries took place last Friday, as part of Bergamo’s annual FORME cheese festival.