ESTABLISHED in November 1991 by Gordon Coulter, Exmos provides a range of IT support services to over 100 businesses in the UK and internationally. It specialises in remote support for manufacturing and industrial processing companies, for example, keeping production line software in factories running 24 hours a day, seven days a week. It also offers custom software development for these systems, as well as comprehensive cybersecurity services.

Having built his business up over the past 30 years, Gordon was beginning to consider his eventual exit from the business. However, he wasn’t interested in a trade sale.

“A trade sale just didn’t appeal to me,” explains Gordon. “We’ve still got things to do at Exmos in terms of developing the business and expanding our offering. I didn’t want to sell to a larger competitor that was more interested in our Intellectual Property and customer base than the growth of the business and the security of the staff. Many staff have been with us for years and I felt it would be selfish of me to put them in a position where they were potentially going to have the rug pulled from under their feet, or be pulled into a big corporation with a different culture from the one they had chosen at Exmos.”

Gordon first began considering employee ownership while completing Strathclyde Business School’s Growth Advantage Programme. Two of his peers on the programme – Ian Hutchison of Merlin ERD and Robin Smith of 4c Design – had taken their firms through the employee ownership process and were sharing the benefits with other participants on the course. Gordon got in touch with Co-operative Development Scotland to learn more about the model and whether it might be suitable for Exmos.

Gordon continues: ”As well as meeting with an adviser at Co-operative Development Scotland, I also attended a number of seminars on employee ownership where I heard from experts, founders of employee-owned businesses, and staff. I decided it was the best fit for Exmos’ future and its staff and moved forward with the buyout.”

An Employee Ownership Trust has been formed and holds 60% of the shares on behalf of the employees.  The transition to employee ownership was supported by Co-operative Development Scotland (CDS), with the process managed by Ownership Associates UK, legal services by Anderson Strathern, and accountancy services by EQ Accountants.

Gordon concludes: “It was never about making a complete exit for me, and I’ll still be very involved in the business for several years to come as we continue to evolve. The reaction from the staff has been very positive, and they have expressed gratitude over the move to EO, which has ensured their jobs remain in the local area and gives them more of a say in how the company is run.

“I can’t speak highly enough of the support we’ve had throughout the process, from the initial guidance from Co-operative Development Scotland, through to the expert advice we received from Ownership Associates. The experience and knowledge offered by Anderson Strathern and EQ Accountants has proven invaluable in helping us complete the deal, and we’ve had the greatest confidence in all of our advisers throughout.”

Head of Co-operative Development Scotland, Clare Alexander, said:  “The number of employee-owned businesses in Scotland continues to grow and we’re thrilled to be adding Exmos to the list. Despite providing services for clients across the globe, the firm’s priority is to remain rooted here in Scotland where it can continue to operate under its own goals and values.

“We’d encourage all businesses exploring their succession options to consider employee ownership. Not only does it help secure the future of local businesses, but the model is also key to helping Scotland deliver its economic goal of Inclusive Growth – an economy which distributes wealth more widely and addresses inequalities for a fairer society”

Statistics demonstrate that employee-owned businesses consistently outperform their non-EO counterparts in terms of higher levels of profitability, increased productivity brought about by higher levels of engagement and enhanced employee wellbeing, as well as improved business resilience during times of recession. Within Scotland, there are now around 110 employee-owned companies operating, with approximately 7,500 employee-owners generating a combined turnover of around £950 million. 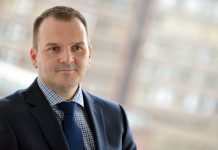 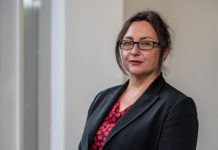 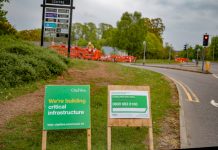 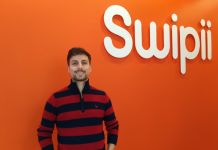 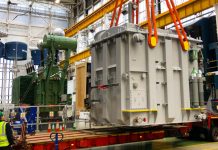 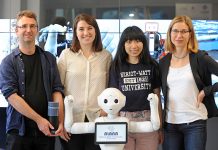 In Touch acquires coaching and leadership firm to strengthen its executive...